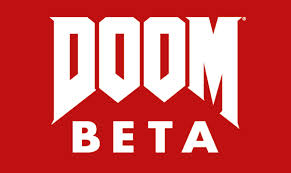 The Doom beta will only be available on PC, Xbox One and PlayStation 4, Bethesda has announced.

The company announced the details in a FAQ about the beta, which you can currently only gain access to by pre-ordering Wolfenstein: The New Order. The game will be coming out on PC, Xbox 360, Xbox One, PS3 and PS4. The beta you get access to will be the latest version of the console you choose, so those who pre-order on PS3 and PS4 will be granted access to the PS4 beta, 360 and XB One orders will be given access to the Xbox One beta. The PC version will, of course, give you access to the PC beta.

The beta key will be inserted into boxed copies of Wolfenstein, which you will be able to redeem when it comes out on May 20th and you will be registered for the Doom beta.

“Other digital retailers’ processes and/or participation may vary. We suggest contacting your preferred retailer directly for additional information.”

Access to the beta will apparently require Xbox Live Gold Membership for Xbox One owners; however Bethesda stated that a PSN Plus membership is not required for PS4 owners to participate.

The company says that whilst people can register for the beta on May 20th, it “won’t begin until a later, yet-to-be announced date”. The length of time it will last for and what content will be available in it will also be revealed later on.

Wolfenstein: The New Order is scheduled for a worldwide release on the 20th May.