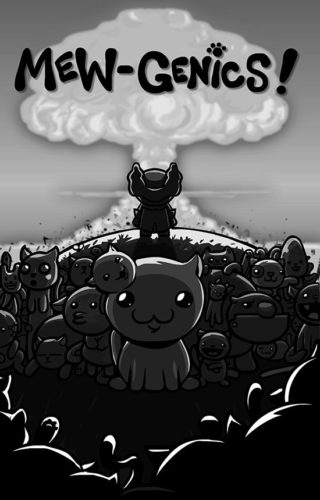 The latest Mew Genics trailer – bought to you by Team Meat, the studio behind Super Meat Boy – reveals the CATastrophic consequences of cat breeding. From what I can gather from the trailer, and the games development blog, the game looks a whole like Tamagotchi, but on a much larger scale. One of the games developers, Edmund McMillen notes on his blog that:

Mew-Genics does pull some inspiration from Pokemon, but one of my favorite aspects of the Pokemon design was all the character evolutions. when i[sic] 1st played Pokemon Blue for the gameboy the mystery of evolutions was very exciting… and i[sic] thought it was important to have some aspect of that mystery in Mew-Genics.. and that’s where kittens come in.

A combination of Tamagotchi and Pokemon sounds like a purrfect combination, and something that will have a pawsitive reaction from the indie gaming scene.

The trailer describes the breeding process: you take a cat and rub it on a cat and the cat gets all fat and then another cat comes out of its butt. The outcomes from this game will certainly be interesting. A barrage of hilarious guides will probably arise on how to breed the master race of cat, probably titled something along the lines of “12 no-noes for pussy rubbing”. The best overall description of the gameplay you can expect, comes directly from Edmund McMillen’s blog post in which he states “I just birthed an alien cat with no mouth and Spock ears that seems to float around the room“.

I’m still looking at the game from various angles wondering what exactly you will do with your new army of genetically modified cats, but the mention of a pokemon-esque inspiration for the game could lead to some interesting outcomes. There is currently no release date for the game, other than “late 2014”, but make sure to keep up to date with the development blog here.