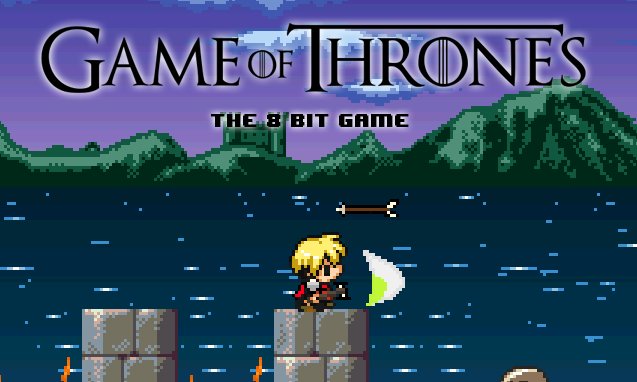 Season two of Game of Thrones concluded with an incredible cliffhanger, with many intriguing storylines left hanging. Fans have done all they can to keep themselves distracted until the epic fantasy drama series returns Spring of 2014. Other shows as well as video games may or may not have helped fill the void. How about an 8-bit, fantasy RPG adventure starring notable GOT characters?

Abel Alves and Carl Olsson have answered the call for those eagerly anticipating the next season. In three months, the two created an old school, 8-Bit platformer set in the GOT universe. Players will choose from three popular characters from the series: Tyrion Lannister, Jon Snow and Daenerys Targaryen. Each character has his or her own special attacks with abilities inspired from the show; Jon Snow summons his wolf, Daenerys throws fire and Tyrion uses…his charming wit (charm can be equally as devastating).

This 8-Bit adventure is reminiscent of Nintendo classics like Mega Man and Zelda. Retro gaming fans will be right at home with the gameplay, reliving nostalgia and amazing moments from the show. As a GOT fan, I definitely recommend downloading the free game and taking it for a spin.

Let us know in the comment section below what you think about this innovative indie title. Tyrion shall rule the land and claim it as his kingdom…Well, at least in my playthrough he will.