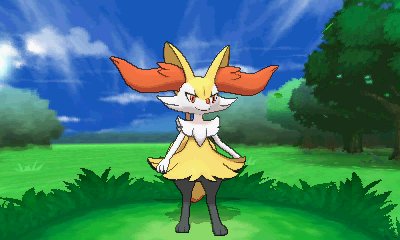 Announced via Twitter, the official Pokemon account teased a special announcement for “Pokemon trainers” everywhere. Here’s the message sent earlier today that was treated with a whole slew of retweets and favorites:

Heads up, Trainers! We’ve got a surprise for you! Tune in Monday at 8 a.m. PDT for a special announcement!

Since posted, there has been zero hints or leads as to exactly what the announcement will be. An educated guess would point to something new for Pokemon X and  Y. Given there have been several videos focusing on new Pokemon, abilities, transformations and trainer customization (everywhere from hat to shoe) more content revealed could be on the horizon.

So what can the developers behind one of the most popular RPG franchise in gaming be keeping under wraps? Your guess is as good as mine. If the recent updates are any indication as to what Monday has in store for fans, October can not come soon enough.

Pokemon X and Y hits stores October 12, 2013 for Nintendo 3DS. Check back Monday for some amazing news. Finally gaming fans have something to look forward to to kick off another week.