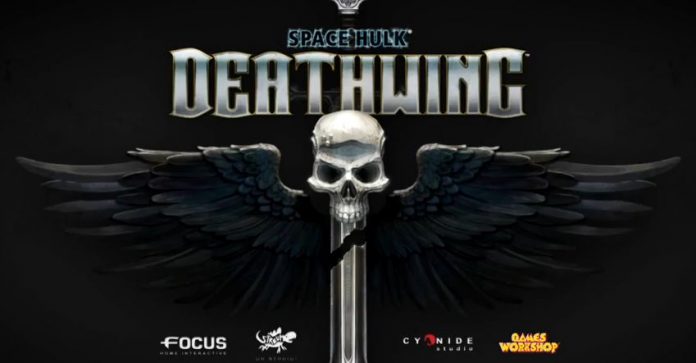 If you came here in search of Dragons, Paladins and anything else Warcraft related, I’m sorry but this is not a surprise update from Blizzard. The announcement of this game seems rather fast, considering the previous Spacehulk game was only released nineteen days ago. The trailer seems rather short, doesn’t show much, and is probably an attempt by Full Control ApS(the games developers) to tear prying eyes away from the fact that Space Hulk was slandered by various media outlets, and the game received a measly 59 on Metacritic.

It seems only logical that a game that involves corridors, big guns, and aliens is being turned into a shooter. The game will be powered by Unreal Engine 4 which is the flashiest, boomiest and shootiest of all of the engines, or so I hear. The official description of the game, is as follows:

Players take on the role of a Space Marine from one of the most secret and most feared Space Marine Companies: the Deathwing from the Dark Angels. Strap on your Terminator armour and equip the emblematic weaponry of the Space Marines to overcome the threats awaiting you in the Space Hulk. As a Librarian, you will also master the destructive powers of the Psykers. Your skills and performance in battle grant you Fervor Points, to spend on 4 skill trees allowing you to improve your abilities, unlock new powers, access powerful relics and devastating new weapons.

I really hope that the arsenal of weaponry available is a bit beefier than the tiny needle gun shown in the video. Or maybe the robot has a big gun, but his suit is simply huge? Who knows…after all, the trailer doesn’t really show much, nor does it give a release date. Now, what was I saying about tearing prying eyes away from their last release?