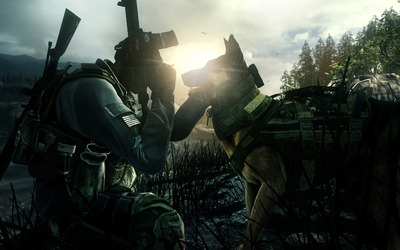 Developer Sledgehammer Games, who previously worked on Call of Duty: Modern Warfare 3, are looking to bolster their team as it works on a new next-gen Call of Duty title.

The studio advertised the positions on Linkedln (via CVG) and are looking for a multiplayer designer, concept artist, and senior animator. The several listings specifically indicate that these jobs will pertain to a “next-gen” Call of Duty entry, which means that we should be seeing a CoD title solely developed for the PS4 and Xbox One.

It’s no surprise that Activision has already confirmed a new CoD game for 2014, and it seems that it is Sledgehammer’s take on the franchise this time around. The studio was originally founded in 2009 and its sole purpose was to create a third-person Call of Duty spin-off game. The project was canceled as the developer was ordered to help Infinity Ward out with Modern Warfare 3 due to the departure of founding members Vince Zampella and Jason West.