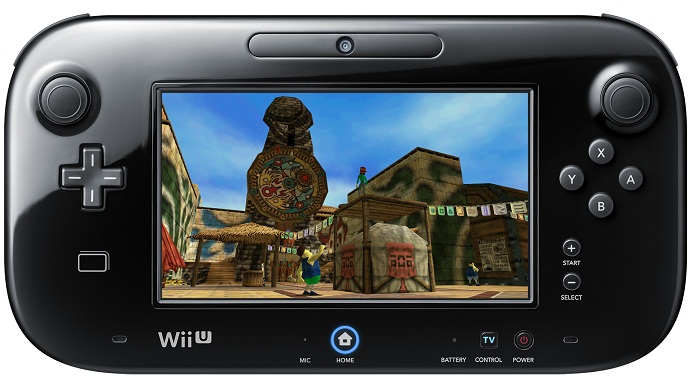 The Wii U is still not a hot seller, and Nintendo’s marketplace wasn’t what it once was on the Wii. Sega has a lot on their plates even if they haven’t made a console in fifteen years, granted it was a fantastic console that should have been successful, but times change and Nintendo certainly has as well. Nintendo was juggernaut of gaming success while Sega’s popularity waned and newcomers like Sony and Microsoft decided to throw their hats into the gaming ring, along with the weight of their wallets. Sega rightfully couldn’t compete anymore and for a time, would supply their games, even older iterations on Nintendo’s platforms like the Gamecube. While the games industry moved on, Nintendo went into a different direction, almost completely disconnecting itself from the gaming ring that has relatively new heavyweights like Sony and Microsoft, who continue to compete against each other while the Wii and Wii U find different markets. There’s sadly no real reason to pay attention to Nintendo if a company wants to make money, which Sega ultimately wants to do.

Factor in the emergence of the Steam platform as one the most popular video game marketplaces in the world, Sega has ported their older titles of the bygone eras for the PC, which is an infinitely flexible system compared to the video game consoles of today. There are places Sega can go that are much easier to deal with in this day and age, and among those places isn’t Nintendo’s Wii U Virtual Marketplace. It’s certainly unfortunate Sega doesn’t have its fingers in each pot it can reach, but it’s understandable.

One can yearn for the video game rivalries of the 16 bit era, it was a simpler time after all with Nintendo and Sega butting heads and Atari doing who knows what. Time will inevitably change anything, and Nintendo has no urge to seek the limelight anymore and Sega has no need to pay attention to their platforms because of that. The fight for console supremacy is focused solely on Microsoft and Sony, with Nintendo reserving a role as the oddball in the corner playing in its own world. That’s not a bad thing by any stretch of the imagination, it puts Nintendo in a place to really focus on making creative experiences and not on out-muscling the competition, and thankfully they aren’t bungling every single effort like a reborn Atari. More importantly, Sega isn’t a Competitor anymore, they’re a Publisher, and like any Publisher they realize more money is had on the PC, Xbox One or Playstation 4.