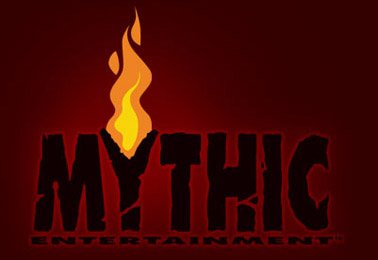 Mythic spent most of its lifespan underneath the radar, and when it emerged from the waters of obscurity what followed was always controversy. It only seems fitting that EA shuts its doors under the radar as well, what follows with Mythic’s closing is a legacy of disappointment and poor decisions.

For context when it comes to Mythic and the hype that surrounded its formation, one has to go back to Dark Age of Camelot, widely considered the finest massive game showcasing player vs. player combat for its time. Think of it like the fantasy equivalent of Planetside, before Planetside became enamored with large, game-breaking mechs and inexplicable small scale mines and corridors. It was no doubt a huge deal when EA announced Mythic as a flagship MMO creator, and with a license like Warhammer, introduced a strong Intellectual Property with a market fawning over its newfound success. It was the first World of Warcraft killer: a game hyped up in a way that players saw it tearing chunks of Blizzard’s fanbase away aggressively.

When Warhammer Online: Age of Reckoning first dropped onto the world in 2008, it was by no means a terrible game, and it even brought along the fun PvP mechanics from Dark Age of Camelot. The largest issue with it was that it wasn’t finished, which could be chalked up to the shortcomings from the developer itself, but considering EA was producing the title, and EA hate like today was certainly in vogue, it’s far simpler to leap all of the blame to “cartoon villain money-hoarding EA”.

Warhammer Online suffered through a hemorrhaging of players, many leaving going back to World of Warcraft, it’s chief competitor. Mythic shaved it’s studio down and attempted to salvage their game and ended up shutting off the Warhammer Online servers five short years later in 2013 due to a licensing agreement with Games Workshop ending.

Mythic followed up the Warhammer Online effort with a Moba based around the Warhammer universe, which failed to make it out of beta. Shortly afterward Mythic released the hated Dungeon Keeper Mobile, based off of the Peter Molyneux designed God Game/RTS from the late 90s. Mythic turned it into a tower defense game with crippling amounts of micro-transactions and bearing no resemblance to the original title. Advertised as a free game, it was so egregiously dependent on micro-transactions it was labeled by some as a scam, and had commercials banned in the UK for advertising as a free product.

Mythic is a template for how far a highly anticipated studio, introduced with great deals of fanfare can sink. Starting with a prime contender to dethrone Blizzard’s seeming monopoly to what many would consider a scam artist. It’s sad to see studios fall so far from respectability. It begs the question how much of Mythic’s failures was their own fault or EA’s own ambitions overruling any sound choices in the development of their titles. Mythic still exists in a way, designers responsible for Warhammer Online’s PvP were directly involved with the Elder Scrolls Online’s PvP, widely considered to be the strongest portion of their game. Sticking with what you know isn’t a terrible thing, if you do one thing well then there’s nothing wrong with making it a specialty. The people at Mythic knew how to make a strong PvP centric MMO, but failed to string together a successful title at any stage during their lifespan, and it only clouds judgment as to the failures being EA’s doing or Mythic’s doing. In an industry such as this, sometimes the developer isn’t the cause for failures as Obisidian would be quick to tell you. All of it is speculation at this tragic juncture, but compelling speculation nonetheless.