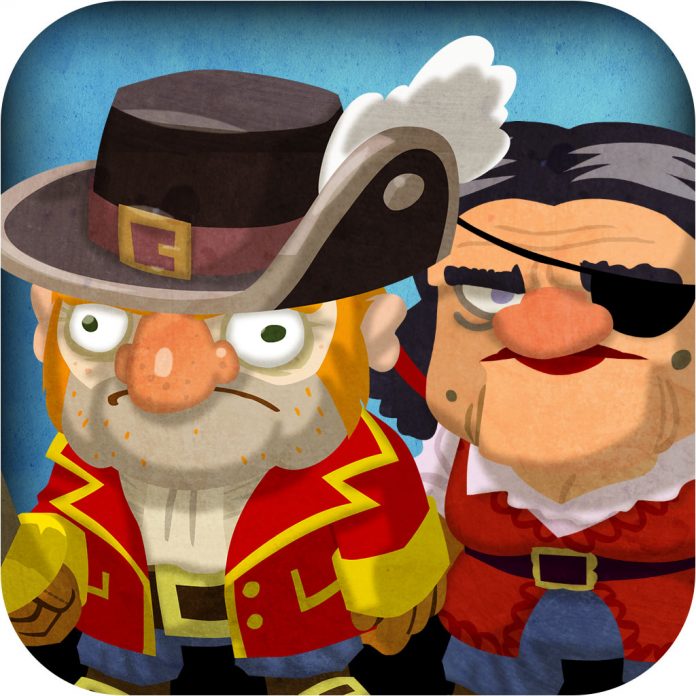 Being a pirate is fun. You collect coins & loot, fight monsters, improve your skills to become better at fighting or fleeing or scavenging for treasure, bling out your pirate ship, and customize your pirate attire. And to think that you can do all of these pirate activities courtesy of the match 3 game Scurvy Scallywags from Beep Games.

The match 3 game play has been addictive since Bejeweled and that current Facebook plague Candy Rush Saga. But what sets Scurvy Scalllywags apart is its charming pirate story. It’s a typical pirate story about looking for treasure and fighting monsters but it’s more than that. You’re actually an actor in a pirate musical looking for the Ultimate Sea Shanty. In addition to collecting witty sea shanty verses, you have to contend with a less than supportive supporting actor, a producer who turns to you to collect items to appease the audience & critics, and fights with monsters who most likely aren’t aware that they’re in a musical. The back story is full of charm and humor that keeps you wanting to continue to see what else can happen.

Additionally, Scurvy Scallywags has vast customization. You can collect various costumes to customize your look as well as unlock and upgrade skills to suit your play style. You can mix and match those skills to incorporate stronger attacks, ranged attacks, evasive maneuvers, and increased gold collection to get past the many levels of loot & sea shanties to collect. You become more invested in your pirate and somehow the time just vanishes as you get sucked into playing and customizing your pirate.

So for a match 3 game that is sure to keep you playing, strap into Scurvy Scallywags, which is currently available for iPhone and iPad at a $.99 sale price (regularly $1.99).