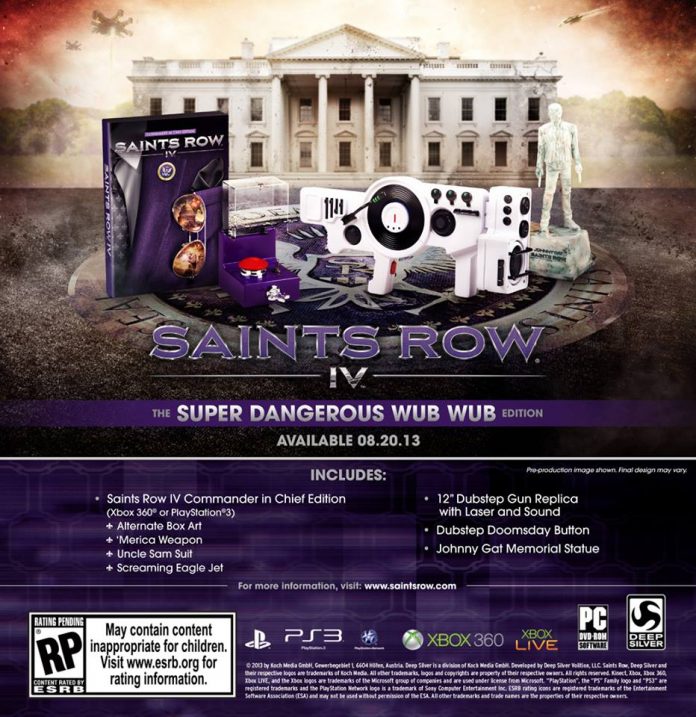 in the SRIV trailers. The Dubstep Gun features a laser and sound effects from the game. And all of this can be yours for only $99.99.

The premiums included with this collector’s edition are cool and off the wall, which is what drew people into the Saints Row series when it drifted from a Grand Theft Auto clone to a fun version of Grand Theft Auto. Though the progression from struggling street gang to President of the United States combined with aliens pretty much completely losing most sense of reality and challenge for the sake of being cool and off the wall have been a concern for discerning gamers. While the Saints Row IV Super Dangerous Wub Wub Edition won’t assuage those discerning gamers, the freebies are looking pretty sweet.

I just hope the Dubstep Gun is more functional than the headphones that came with the Saints Row the 3rd Platinum Pack, which were either defective or needed batteries. I couldn’t say for sure since I didn’t care enough about receiving headphones to buy a collector’s edition of Saints Row the 3rd.