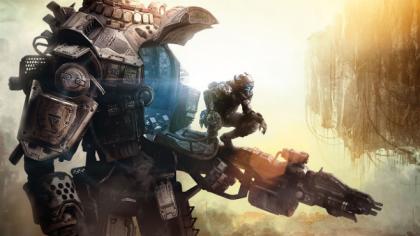 Respawn Entertainment have stated that they hope more new IPs will be influenced by the company’s upcoming fps juggernaut, Titanfall.

Respawn Entertainment community manager Abbie Heppe, in an interview with AusGamers, discussed the potential of Titanfall encouraging the creation of new IP. “I hope if anything, it will give publishers more… I mean, I know people want what is established and what’s known, but I hope that if nothing else, it encourages larger-scale new IP,” she said.

Titanfall has received numerous awards since it’s debut at E3 2013; the game quickly becoming the most highly anticipated next-gen title.

When asked whether or not Respawn Entertainment plans to stay independent Heppe replied, “yeah, we’re not looking to get bought any time soon. It’s so a part of who we are. I think, if anything, with the history of the studio and what we’re doing, I don’t foresee us being bought any time in the near future.”

The community manager further discussed her experiences working on an ambitious new title. “It’s so cool to be able to work on something new and different, and also to just have that kind of freedom. It’s hard to have that freedom. That’s the other side of it though: it’s really hard to have that freedom. Because when you can kind of do anything, and there’s competing ideas within the studio, so see this giant world in front of you where you can do anything, but then you have to be able to scale that back and take something out of that. It’s not easy, and so I see why doing stuff in a franchise way is… I don’t want to say easier, but you already have your world established for you, and a lot of that stuff is hard.”

“So I definitely hope it encourages publishers to be, like, ‘we should be encouraging people to make stuff that’s new and different.’ That would be cool. We’ll see if we’re successful first! [laughs].”