I guess that the combination of games in the title makes you look no matter if you’re a flash game fan or not, right? Well, fortunately it’s not just a means to lure people in, and in Sonic Final Fantasy X6 it’s really Sonic the Hedgehog mixed with a Final Fantasy-like RPG, one that is incredibly well done and deservedly wins Unigamesity’s free flash game of the day award!

Starting with a long fighting scene where Sonic has to take advantage of all his superpowers, Sonic Final Fantasy Episode 6 is charming especially because of that retro look, the original and simply amazing sound (both the soundtrack as well as the voice acting) as well as the story which is said via some really nice cutscenes which must not be skipped!

The second part of the game tests your reflexes in a pretty low-speed sequence for my taste, but also well done and eventually you will be left with a nice taste in your mouth after playing today’s free flash game of the day.

However, having in mind that the developer worked for two years on this sixth episode of the Sonic Final Fantasy saga, it seems way too short. But some would agree that big things come in small packages, so we can only believe them and enjoy Sonic Final Fantasy X6.

If you have a few spare minutes, give it a try yourself by following this link to Kongregate and hitting Play. Have fun! 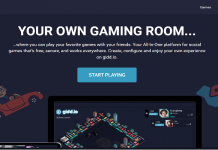 Looking For Small Games to Play with While Waiting for Your Friends? Gidd.io got you!