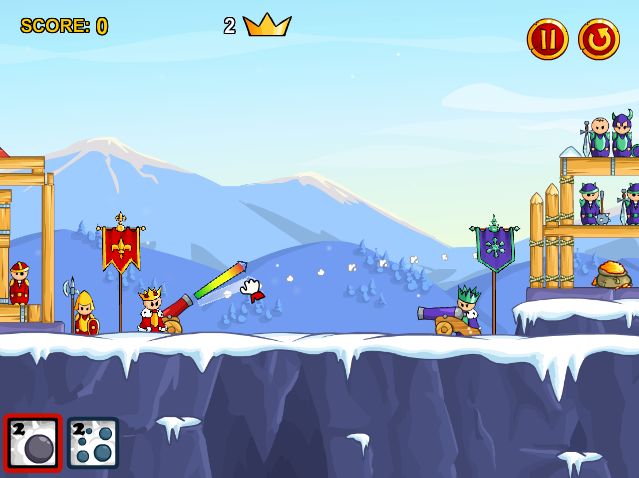 If you are a fan of Angry Birds or just a fan of physics games, then you will certainly love King’s Game, a title from Jeddah Bikers who manages to deliver an extremely pleasant surprise in a genre where you can’t really improve many things.

And King’s Game doesn’t try to revolutionize the genre: you still have to shoot and destroy the enemy’s soldiers using as few shots as possible. You have various types of cannon balls to shoot and various structures to destroy. So nothing different here.

But there are two things that make King’s Game stand out from the crowd of physics based games: first, we have the amazing sound that is fun an quirky and reminds me of classic Worms games. Second, we have the opponent who doesn’t just stand there waiting for us to destroy him: the other king also has a cannon and shoots at our little soldiers, adding a bit of extra challenge to the mix. And this is exactly what we needed in this over crowded genre and King’s Game does it flawlessly!

So really, there isn’t more to be said about King’s Game except for: head over here and play it right now, for free!