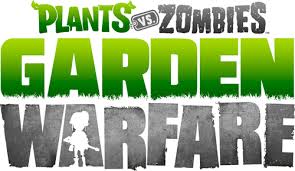 PopCap has revealed through Shack News that their upcoming game Plants vs Zombies: Garden Warfare will be priced at $40 on Xbox One and $30 on Xbox 360 and PC, and will be available through a physical disc at retail or through a download. This pricing makes it PopCaps’ most expensive release ever when it finally comes out.

The game, which mixes third person shooter and tower defence, has also been announced as being a ‘multiplayer only’ experience. It will be supporting 24 player multiplayer plus 4 player co-op. It will also see, on Xbox One only, two player split screen action.

Whilst playing, each mode will allow players to jump into ‘Boss Mode’, another Xbox One only addition which allows players with SmartGlass to use their tablets to gain an ‘overhead view’ of the battlefield. The game will also come with basic zombie customisation for their hordes, for example General, Commander and Snowtrooper.

PopCap have also said they will continue to support the game post release with DLC and game updates to build up the game the and make sure Plants vs Zombies keeps finding itself being played on peoples consoles.

Plants vs Zombies: Garden Warfare is a timed Xbox One exclusive, but will also be finding its way onto Xbox 360, PS3 and PC. At the moment a release date is only down as sometime in 2014.

What do you think of this change? Is ditching the single player experience a bad move for the game, or a step in the right direction?