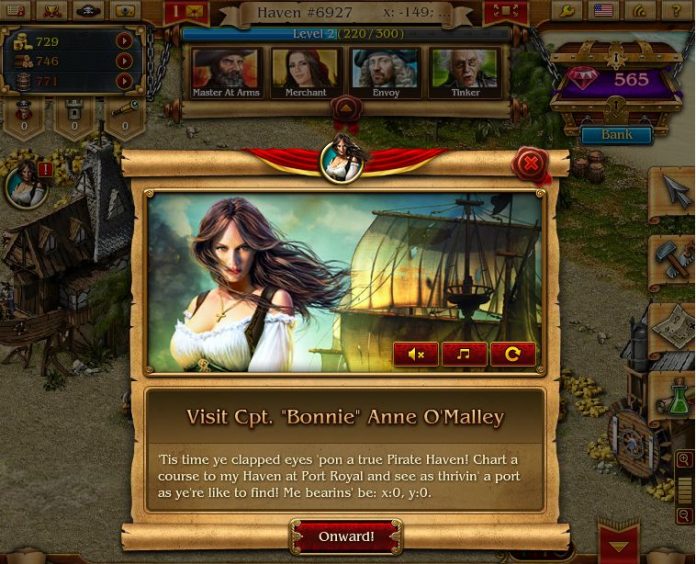 Until now, complex and hardcore strategy games were not that successful on Facebook which delivers a more casual gaming audience. However, this doesn’t mean that one must not try (and it also does not mean that we don’t have some solid hardcore titles out there). A new one – a strategy/management title has just been released on Facebook after spending 30 days as a Google Plus exclusive: Pirates: Tides of Fortune.

I guess that the title of this new game says it all about the settings and what should one expect from it: indeed it’s set in the era of the Pirates (more like the “modern” ones from the Carribean rather than the ones they write about in the history books). From the beginning, the game will strike you with its visual greatness and I am sure you’ll love the character that’s helping you – an absolutely stunning girl.

But apart from that, you should expect to get some really complex game mechanics – which are not that difficult once you learn them, but it might take a bit of time to learn in the first place. Basically, you will have to do a lot of building and researching and some battles, too. The problem with the battles is that they’re instant – or at least they don’t show you some exact action, which takes the game down a little since you were expecting more after all that preparation.