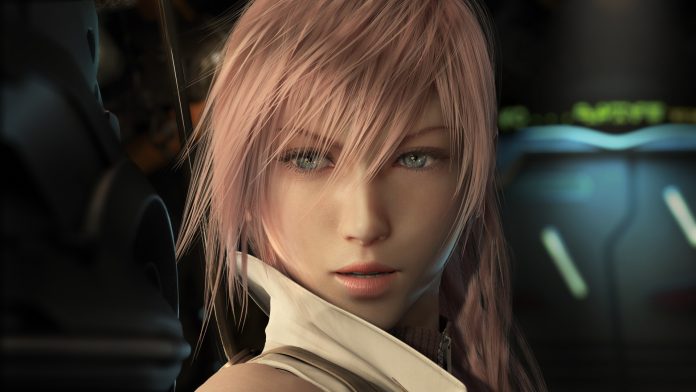 The role-playing style has been one of the most popular gaming genres since the start of the video game era, however in the last few years the gaming world received some legendary titles that will be forever in the history of RPG. But, if the storyline is one of most important aspects in a RPG game, the characters are no less significant, their creation and development along the plot play a decisive role amongst players, since characters are the conductors of any RPG story, and they are mainly the agents and the reason why gamers enjoy or dislike a certain RPG title. Appearance may seem hollow in video games but it really isn’t. The male genre dominates the worldwide gaming community and as so, having attractive female characters in a game, usually means more players and a higher reputation. In the last five years, there were many RPG games published but not all of them featured feminine beauty. However, there’s still plenty of character to contemplate and whenever there’s a contest, there’s a winner, so let’s find out who are the most beautiful RPG characters of the last five years.

Hinnah is a legendary alchemist, who uses an azureblade to defend herself and her twin sister, Hannah, for whom she would do anything to protect. This silver haired warrior usually acts though, but behind this inner protection, there’s a fragile and docile girl. She’s a member of the Remnant’s Seven and she is not soft in battle, she strikes to kill and with no mercy, just as her sister.

Alyn Shir is like a pandora box, full of surprises and completely unpredictable. She is an assassin and ambassador in the world of Amalur, however she’s mostly known for her charming and scandalous reputation. Even though she is Alfar’s ally, her true loyalty is nowhere to be set; she has a free spirit and doesn’t like to be controlled. This dokkalfar rogue had a harsh infancy and to overcome the world’s challenges alone, she took her two ancient blades as her best friends.

In the world of Skyrim, Aela is a lycanthropic Nord assassin and she’s an expert part of the Companions and the Circle. Being a warrior was never an option for her, since every woman in her family was a companion once. Her beastly skills, along with her archery and assassination abilities make her a perfect infiltrator but that’s not all she’s known for, her wild costumes and physical attributes are normally useful in combat, generally to distract male targets. 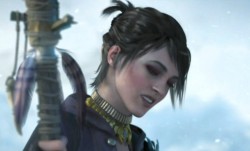 Morrigan is a Witch of the Wilds and a shapeshifter sorceress, she has spent most of her life isolated from civilization and she has troubles interacting with others. Nevertheless, the continuously contact with her mother, Flemeth, allowed her to explore and unveil the secrets of magic. Morrigan has revealed herself to be an extremely powerful mage, able to cheat death and give human form to the divine by luring the spirit of an archedemon into the body of an unborn child. But magic is not her only attribute, since nature has gifted her with an extraordinary beauty.

The Dragon Age’s Queen of the Eastern Seas was once an innocent girl but after being sold to the Antivan Crows, she decided to take back her freedom through drastic measures. She took over her dead husband’s ship and led a group of sailors through the seas of Thedas. Soon enough, captain Isabela became a feared pirate, her sea knowledge and her rogue abilities proved to the world that women are not simply play toys. Despite her tremendous battle skills, she is mostly known for her physical attributes and outstanding charming. 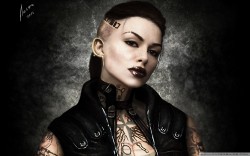 Jack, also known as Subject Zero, was a fearless villain most of her life, until she got caught and kept imprisoned in a cryogenic stasis mode. Despite her evilness, she is probably the most powerful human biotic alive in the Mass Effect series and Comander Shepard recues this impolite girl in order to obtain her partnership. In the third game, she has the chance to redeem herself by becoming a war professor and teaching teenage soldiers how to control their biotic powers.

Miranda was designed to be perfect by her eccentric father. Before she was even born, she was genetically engineered to be the best at everything, a true specimen of human perfection. As an expected result, Miranda became the ultimate soldier, as her physical abilities are more advanced than most humans; her biotic abilities are more accurate and she heals quicker. Intellectually, she surpasses most human thinking; she is faster and more logical. As for her body, she has the perfect sizes. Miranda may not be a cyborg, but her origin surely isn’t human. 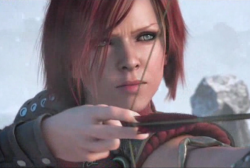 Leliana is an orelesian rogue, who got framed by her mentor. As a result of becoming a merciless killer, she was imprisoned and sentenced to death. But being a rogue isn’t all about killing, being agile and cunning are two helpful skills to accomplish escape and that’s what Leliana did. She started a new life in Lothering’s chantry, just before the start of the fifth blight and that’s when she meets the Warden. This lovely bard is one of the possible love interests in Dragon Age Origins.

The renowned Final Fantasy series brought another beauty charm to life, Claire Farron, known as Lightning. This pink haired soldier fights with all her will but her devotion is not solely offensive, she is able to heal allies as well. In XIII, Lightning tries to rescue her younger sister, Serah, who was made a l’Cie, but she is not able to succeed becomes one herself endangering her home of Cocoon. As she becomes a super natural being, Lightning has to face a new reality, since having new powers is not the only consequence of being a l’Cie.

Triss Merigold of Maribor is a sorceress specialized in healing and she’s a good friend of Geralt of Rivia, the protagonist of the Witcher. She is a founding member of the Lodge of Sorceresses and she is part of King Foltest’s royal council in the second game. Even though she’s able to craft magical potions with incredible powers, she is not able to drink them, since she’s allergic to magic. However, magic is just one her main attributes, her physical constitution is quite irresistible for most men, even for Geralt, who doesn’t remember his past but he feels there used to be someone.