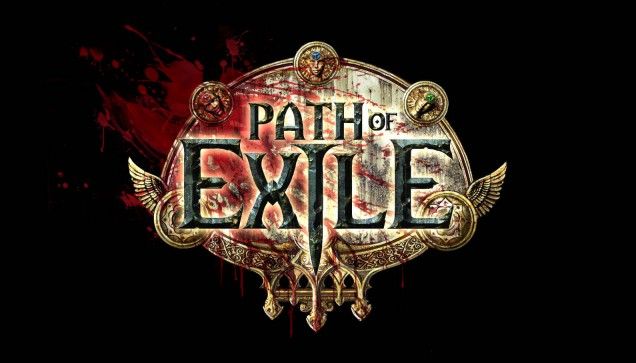 For those of you who have not seen or played Path of Exile before, this is an action RPG in the style of a Diablo game, but this is more in the Diablo 2 mould than Diablo 3. Path of Exile is currently in closed beta form, but you can purchase a beta key for $10 that lets you play the game until it goes into open beta in a few months time. This game is being developed by Grinding Gear Games who are based in New Zealand and will release this game as free to play with some microtransactions.

There are currently only 2 acts in the beta version of the game and are roughly the same size the acts in Diablo 3, but Grinding Gears are working on the third act which should be released very soon so there is a pretty reasonable amount of content here and when it’s free to play who can argue with that.

There are six character classes to choose from, Duelist, Witch, Templar, Shadow, Marauder and Ranger, but  unlike Diablo 3 you are not tied down to certain skills and certain weapons. My level 45 Ranger for example is a ranged character that uses a bow, but I can also use defensive magic spells and summon zombies that create a bit of a meat shield for me as my defense is lacking somewhat as all I have in my hands is a bow. I wish my Diablo 3 Demon Hunter had some of those skills as I pretty much die it two hits on Inferno. The character building is extremely flexible and I’ve seen some really interesting skills being mixed together to create some very powerful characters. One of the best builds I’ve seen was a Witch who is the Wizard of Path of Exile if you like had magic skills as you would expect, could summon creatures to fight along side her, but also had a powerful sword and shield and could mix it up close in melee range. The class you choose to play the game only really determines where you start on skill tree map, but after that you have a lot of freedom to develop your character anyway you want and talking of the skill tree map, wow its a whopper !

A bigger skill tree a have never seen in a game and it looks quite daunting the first time you look at it, but really the only area you need to concentrate on is the area where your character was placed on the map. Each time you level up as well as getting a health and mana bonus you receive a skill point which you can place on the skill tree, but you must start from your base on the map and the skill points must be linked together to create a chain. Its a good system once you fully understand it and you can plot away around the tree in advance of level ups in what ever way you want to develop your character.

Or course like all good action RPG”s it needs to have a loot system and Path of Exile has a pretty good one. Loot drops in the usual ways by killing monsters, searching chests and breaking barrels open and has pretty much the same color code system that Diablo 3 has where as grey and white are low level items and blue and gold are the high level items with gold being the best of course. You do need to look at the items very closely as the stats are not compared with what you have equipped like in Diablo so you may gain big on stats in one area, but lose out on some useful stats in another if you just blindly equip item without paying to much attention. Amour and weapons that you find can also be upgraded by blacksmith whetstones and armorer’s scrap that add +1 quality to the item up to a maximum of +20, this improves weapon damage and amour protection. Anybody who was frustrated by the loot system and auction house in Diablo 3 will be interested to here that there is no gold in this game at all. You trade items for items with traders in the main villages in the game I have found the loot drops during play to be pretty good also. During most play sessions I have found something that I can equip to improve my character in one way or another so you won’t have to do endless hours of farming for gold and items with this game. You can equip magic find items which also help find quality items.

Your character is not the only thing that levels up in this game as skill gems that you find in the field and get given to you for completing quests also level up and become more powerful. These gems are equipped to open sockets in your weapons and armor and can also be linked to other gems to make them even more powerful. For example I have a summon zombie gem on my body armor and linked to that gem I have a minion speed gem and a minion extra life gem to make my zombies much more powerful in battle.

For the most part Path of Exile is a very pretty game, some of the dungeon areas are a bit dark and gloomy, but this just adds to the realistic gritty feel of the game. Areas never feel recycled and the beach and jungle areas look particularly beautiful when you see them for the first time.

Path of Exile is pretty lite on story as are most action RPG’s to be fair. You start as a prisoner on a ship and then cast adrift on an island for crimes that you have committed with only one weapon to defend yourself. Its a pretty unfriendly island that you end up on as you soon meet zombies that throw fire bombs at you, mages that rain fire balls on you, skeleton archers firing arrows at you from all directions and large bird type creatures that try to peck you to bits, but you soon find plenty of weapons and armor to deal with most things. There are the usual boss fights throughout the game and you will come across elite versions of enemies that are much tougher to kill, but have some nice loot to drop when you manage to finish them off. There are small village areas in each act which is a safe haven away from monsters where you can trade items, stash some of your loot, gain quests and things to do and meet up with other players and join their game if you want. The game does require you to have a constant internet connection at all times like Diablo 3 and you will have to create an account and login every time up play if you buy a beta key. Whether this will change when the game gets a full release I don’t know.

If you played Diablo 3 and felt disappointed by the simplistic leveling system, frustrated by the end game loot drops and felt tied into certain character builds then this is a game you should definitely take a look at. The character building is extremely flexible, loot drops always keep you interested and the size of the skill tree takes your breath away the first time you see it. I believe this is Grinding Gears first game and they have done a remarkable job so far. In the four months or so that I have been playing the game I have not had even one crash, noticed hardly any bugs or glitches and even though you do need a constant internet connection to play I have experienced very little server lag while playing and I can’t say the same about Diablo 3 which I have also been playing over the last few months and I seem to suffer server lag every time I play. This game also works very well with Nvidia’s 3D vision technology if you are lucky enough to have one of those setup’s. Its pretty amazing that this will be a feel to play game when it get a full release hopefully later on this year. For more information go to www.pathofexile.com.