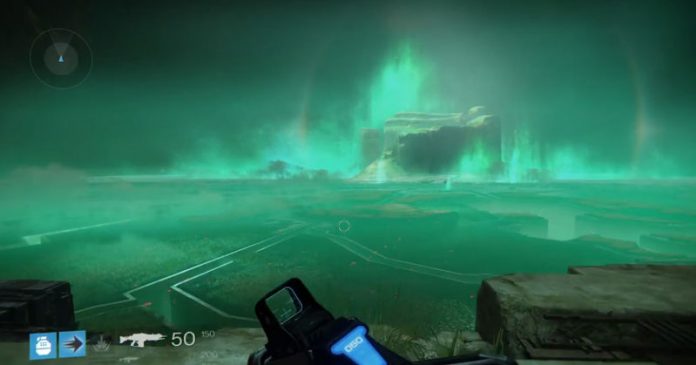 Bungie today released a new ViDoc showing off new gameplay and discussing how different parts of the game will work.

Unlike the Halo games, Destiny is intended to be a continuous experience, and so the developers have aimed at making the world one that players will actually want to stay in.

As such, they’ve made variety one of the bigger focuses, with a range of areas in the Solar System – including the Moon, Venus, Mars and Saturn – all explorable. The ViDoc showed off one such area, where the green, gassy ambiance stood out from the blue skies of Earth.

In these areas there will be a variety of monsters, which are showcased in the video.

The Vid Doc also shows off the three weapon slots available to the player. The first primary slot is designed for all purpose weaponry, and will typically house the assault rifle style weapons. The second “special” slot is where situational weapons like shotguns go. Finally, the “heavy” slot is designed for raw firepower, housing the gun that dishes out massive amounts of damage fast.

So far, Destiny has only been shown off as a co-op experience, with groups of friends undertaking missions. However, the ViDoc states that competitive multiplayer will also be an option.

Destiny is slated for release in 2014