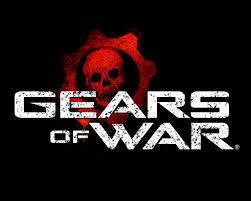 Microsoft has announced that they have acquired the rights to the Gears of War franchise from series creators Epic Games.

Future games in the franchise will be in the hands of Vancouver-based developer Black Tusk Studios, whilst Microsoft have also hired Epic Games’ former Director of Production Rod Fergusson to oversee the franchises future development. This comes after he left the studio back in 2012 to help with the development of Bioshock Infinite, but he’s looking forward to getting back into the Gears world.

Fergusson stated in a post on Xbox News Wire that: “I’ve been privileged to work on a lot of great games with a lot of great teams, but “Gears” has had the most impact on me professionally and personally, so this really feels like a homecoming.”

Gears creators Epic are apparently “concentrating their efforts on new projects”, according to CEO Tim Sweeney, with Epic Games’ PR Wes Phillips stating on Twitter that “We currently have multiple games in development” (via Kotaku).

Epic have also dedicated their support to the Xbox One and giving Microsoft the license to use the Unreal Engine 4 in their future projects.

The series has been a flagship for Microsoft since the first game was released on the Xbox 360 back in 2006, and became the fastest selling game of that year. With this sale, Microsoft has secured the exclusivity for one its major franchises.

More news about the next step for Gears of War and Black Tusk Studios is expected later this year.

What would you like to see Black Tusk do with the series? Are you happy Microsoft has now got Gears under its belt and do you think it will be for better or worse?