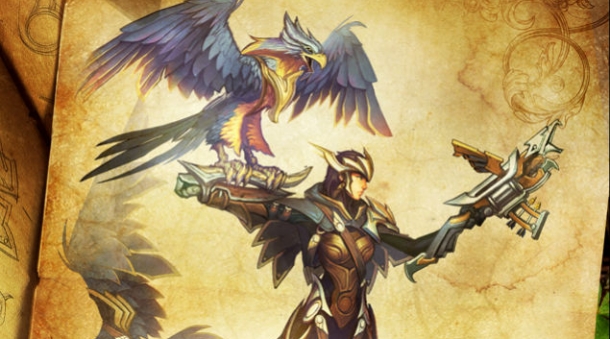 Her name is Quinn and Valor, the Demacia’s Wings, and she’s a physical damage champion. The character is already available to the players registered in the League of Legends Public Beta Environment (PBE), meaning that her official release should be announced soon.

Quinn’s range is similar to Sivir’s, only 525, however her attack speed seems to compensate this disadvantage, being 0.668 at level one. The Riot’s game designer, Volty, has revealed and explained Quinn’s skills:

Blinding Assault (Q):
Valor flies out in a line, blinding and damaging all targets near the first target hit.

Quinn dashes to an enemy, dealing physical damage and slowing the target’s Movement Speed. Upon reaching the target, she leaps off and lands near her maximum attack range from it. Valor will immediately mark this enemy as Vulnerable.

Tag Team (R):
Valor replaces Quinn on the battlefield as a mobile melee attacker. He gains a large Movement Speed bonus when out of combat and a smaller one when in combat.
Skystrike (R2):
When ready, Quinn returns in a hail of arrows, dealing physical damage to all nearby enemies, increased based on their missing health.” 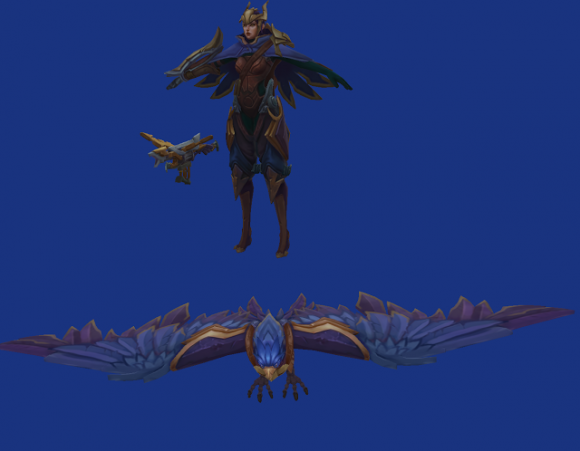 For more details about the skills you can check Quinn’s wiki page, which is already up. In there you can get an update of Quinn’s statistics, damage and spell mechanics.