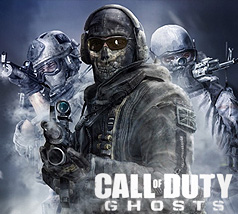 “I predict the end of an era with #CodGhosts and #BF4. I don’t believe in the future for [Call of Duty] and I believe that [Battlefield] will live on as an [multiplayer] game,” Sundberg stated on his twitter.

Sundberg’s statements might not seem too dramatic, as the recently released Ghosts has seen a dramatic decline in critical reception with the game sitting at a Metacritic score of 74. Battlefield 4 however sits at a much better score of a 85, but its single player campaign has been universally panned with its ambitious multiplayer mode being the main draw.

Sunderberg also stated that if Call of Duty were to exist, it’ll only survive as a F2P title. Activision should avoid calling the game free-to-play, but still approach it with the same idea.

“If they don’t call it F2P I think that can be successful. Build it as a platform, make players invest and get them hooked,” he said.

Avalanche Studios are currently working on Mad Max for the PS4 and Xbox One.