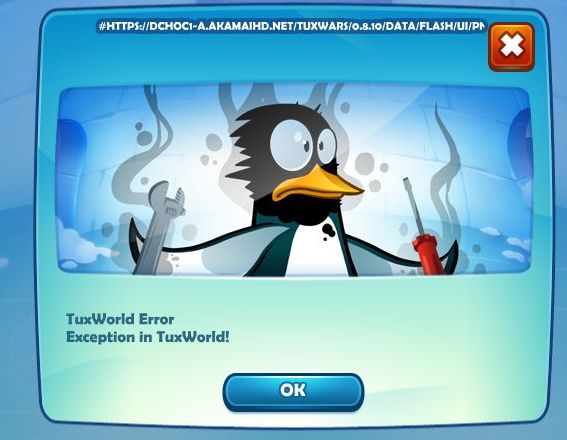 Crazy Penguin Wars is indeed an extremely fun game to play, but some of the fun disappears for the unlucky players who are plagued by various problems in the game: either Crazy Penguin Wars is not loading at all or the players get disconnected from the game during a fight or in random moments. This is, of course, a really disturbing experience and we’ll try to see what can be done to fix the problems.

But first, let’s see exactly what happens – and we’ll start with Crazy Penguin Wars not loading problem. Apparently, this problem occurs especially after an update is made to the game by the developers. This is probably because of the change in settings and the game doesn’t update properly on your computer, so cleaning the browser’s cache and trying a fresh launch (CTRL + R on the game page) should fix the problem. Also, people reported that they tried to load the game that was not loading on the same computer but with a different account, and it worked. So it might be something related to Facebook, actually.

Now to the other really serious problem, Crazy Penguin Wars keeps disconnecting. Here are the complaints of some of the forum users who are having these problems:

“Having serious problems with the game disconnecting me from rounds,freezing and crashing in general, updated my flash,cleared all cookies etc, tried different browsers all to no avail,enjoying the game when it lets me play,wasting sooooo many power up’s though”

While another one complained:

“I just joined and sure enough , get disconnected right in the middle of a fight…..and its happened over and over in all the games I played but 2.”

Unfortunately, this appears to be a more serious problem and there’s no exact fix to it. You could try to clear the cookies, make sure that your Flash player is updated and clear your browser’s cache, but again this might solve nothing. You could also try to close as many background applications and programs to make sure that you free up as much RAM as possible.

And if this doesn’t work, you can always file a Support ticket and hope that Digital Chocolate will be able to fix your game. Good luck!