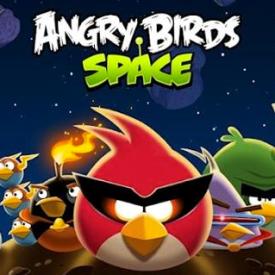 About five years ago I started to feel weird. I first felt it while being on trains,  in cars or buses. I couldn’t really point my finger on what it was. I felt uneasy, uncomfortable, all in all pretty weird. It wasn’t really a problem when I was inside and especially not outside. But it stayed with me. I felt dizzy with a dry mouth and I had the feeling that I was going to puke every second. Soon I started to feel like this a lot. And by a lot, I mean pretty much all the time; in classes, at home alone, while out with my friends or family. It was bad. Luckily I still managed to finish my Economics school with good grades, thanks to teachers that understood what was happening to me.

After that it didn’t take me long to figure out what was going on. I started having panic attacks. When I realized this it only got worse. It happened more often until it was happening on a daily basis. It was bad. Because I was afraid of having panic attacks while not being in a safe environment I started suffering from Agoraphobia as well. Whenever I had the time to think about something, this was the first thing that came to my mind. Standing at a grocery store waiting to pay? Oh yeah, you might have a panic attack now. What’s gonna happen? And boom, there it was. I was devastated. I didn’t want to get out of bed, meet friends or do anything in general.

Being of the view that it’s always good to get an outside perspective I’d been in therapy for a number of years already, but it wasn’t really helping. Things looked bleak.

The core of this story is how one simple, almost stupid, game helped me get over this. And the game?

Something about the combination of simplicity and physics grabbed me immediately. I was flinging this stupid birds at those green pigs and while I was doing it, I felt good. I didn’t think about me, my problems, what could happen. I was able to sit in a train, looking at my phone and feeling fine. Had to wait at the Post Office? No problem, just shoot some birds, try to get that highscore.

For some it may not make sense that so simple a game could such a huge impact on a person.  It may seem strange that it did have such an effect on me. It has helped me so much that I can now go outside and enjoy life more than I did a few years ago. I still have panic attacks and a social phobia but I don’t worry about it so much anymore. I know that wherever I am, whoever I’m with, my lovely flying fellows are only a few inches away in my pocket. Just knowing that I could pull out my phone calms me down tremendously. And I’m not saying that Angry Birds is the best game of all times because it really isn’t. But to me it was (and still is) the right game for the right moment.

I also carry around a little figure of the black bird in my pocket wherever I am. It reminds me of what happened to me and how I overcame a fear that frustrated me beyond belief. I won’t deny that in the end my therapist, my friends and my family helped me more in the long run than the game, but still, it got me started and remains with me today.  There when I need it most.

I think it’s important to talk about mental conditions openly. Throw away the stigma of mental health issues. People need to realise that it’s normal for this stuff to happen, to any of us, at any point in life. But there always will be ways to overcome them.

Games CAN have a positive impact on a person. They can help people out in different ways. I’m happy to be a gamer and I’ll always stick to it. I want to thank Rovio for Angry Birds. Whenever I feel that itch creeping up inside of me I know that my lovely fellow birds are just waiting in my pocket!

Disclaimer: I published an earlier version of this article on Newbreview. This is a updated and more current version about me and how I dealt with mental issues in the past. But I still like the article and in the coming months I want to investigate this topic even further. That’s why I thought this article might be the perfect point to start things off!