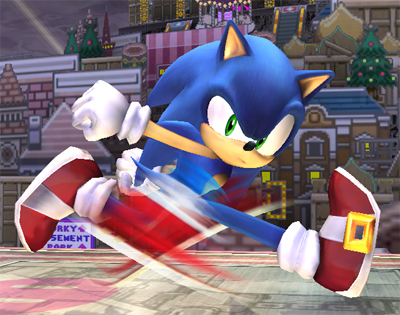 Following the Nintendo Direct earlier today several new updates have been given. The first of which is a more negative update on Retro Studio’s upcoming Wii U game, Donkey Kong Country: Tropical Freeze. The 2D platformer was slated for an early December release but now has been pushed back to a February 2014 release date for both the US and Europe.

“We need a little more time for development of this title,” Nintendo president Satoru Iwata said in the presentation. Despite Donkey Kong’s delay Super Mario 3D world will still be coming out this November, the 22nd in the US and the 29th in Europe.

Another update, this time more positive, comes in the way of a new character reveal for Nintendo’s upcoming 3DS and Wii U fighting game Super Smash Bros. The new character is none other than the blue hedgehog himself, Sonic. He will be playable for both the 3DS and Wii U versions of the game; this brings the total number of fighters to 17. This news shouldn’t come as a surprise, Sonic has been prevalent in all of Nintendo’s platforms for quite some time now. It would have been more shocking to find out he wouldn’t be featured in the game.

Nintendo also announced a specific version of Link to be featured in Smash Bros. earlier this week. Toon Link, hailing from The Legend of Zelda: The Wind Waker, will be the playable version of Link this time around. Link was usually featured as a more regular version of himself, a Twilight Princess/ Ocarina of Time type in past Smash Bros. games. So this marks a significant cosmetic change for the character.

Super Smash Bros. is set for a 2014 release window for both the 3DS and Wii U.