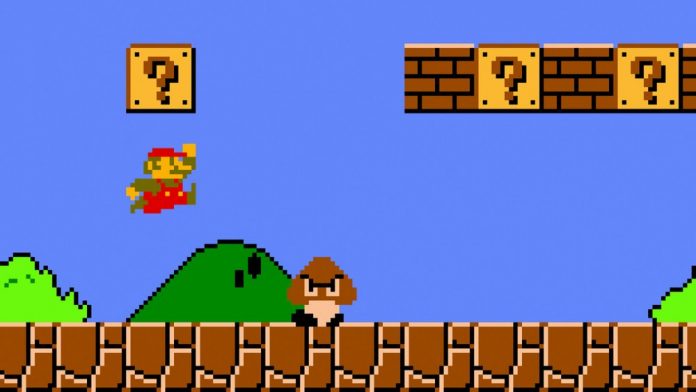 But even if you’ve played the games a hundred times, there is always more to discover. The Mario games are famous for their well-hidden, secret levels. So dig your old and new consoles back out and see if you can discover hundreds of levels you’ve never seen before.

Start playing the Mario game on your top-loading NES. At any point in level 1-1, pull out the cartridge with the system still running. This could potentially damage your NES, so do this at your own risk.

Insert the Tennis game, press reset and start a one-player match. After playing tennis for about a minute, pull out the game and put Mario back in. Hit the reset button again and as Mario starts, it’ll load one of hundreds of secret levels. Each time you repeat the trick, you’ll get a different level.

If you’re worried about breaking your NES, then there is a slightly less convoluted way of accessing these levels. You’ll need to get your hands on a working Game Genie, which allows you to hack cheats into the game. You then only have to put in the code to access all these levels.

Super Mario World
Another Mario game riddled with bonuses is Super Mario World. One of the most popular secrets in this game are the five Star World levels, which let you advance if you use the secret keys and keyholes. You can enter the first Star Road via the Donut Secret House, where you’ll have to defeat the Big Boo Boss.

In Star World 1, you’ll need to be big. Drop down to the yellow bricks and keep to the right, breaking the bricks by jumping. You’ll then find the key to get to Star World 2.

In Star World 2 you’ll find the key by swimming underneath the horizontal pipe at the end of the level.

The secret exit in Star World 3 is revealed by using a Throw-Block to defeat the Lakitu on its cloud. Go up the stairs to the cloud and the key will be above you.

Star World 4’s secret exit is on a cement platform. You’ll need to have completed Green and Red Switch Palace to enter.

In Star World 5 you have to make it through the section of blue blocks in order to obtain key and keyhole. This will allow you to access Special World.

Grate Guy’s Casino
Grate Guy’s Casino is one of the secret level gems that can reward players’ big time. In order to get into the casino in Super Mario RPG: Legend of the Seven Stars, you’ll need to acquire a Bright Card from Grate Guy’s brother Knife Guy.

The access to the casino can be found in the centre of Bean Valley. Mario has to beat a Chomp Chomp and then jump up in the air three times in order to make a previously invisible platform appear.

Once you’ve entered the casino, you can play slots, Blackjack and a game called “Look the Other Way”. The rules of the latter are simple. You pick a direction in which to face and if it happens to be the opposite way of Grate Guy’s finger, then you win. If you beat the finger 100 times then you’re rewarded with the Star Egg, which can do 100 damage to your enemies.

The Italian-American plumber with the iconic moustache and the distinctive accent has been whizzing across gamers’ screens since the early 1980s. To this day Mario games are being released by Nintendo on a regular basis making him one of the most successful figures in video game history. On March 10th it’s Mario Day (Mar.10 = Mario) and gamers around the world will celebrate the iconic handyman.