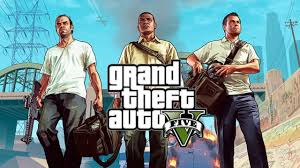 The latest update for GTA V not only enabled access to GTA Online, it has also tackled a number of problems encountered in the Single Player.

The most notable fix is to do with saved cars and upgrades going missing from people’s garages when progressing through the story mode, meaning they can lose thousands of dollars of their hard earned cash.

Rockstar have unveiled a list of some of the more prominent fixes introduced by the upgrade:

Grand Theft Auto Online went online earlier today, and many have reported numerous issues with the game. Rockstar have taken note of many of these issues and have also noted they are working on a list of the biggest issues facing players in the early stages of release. You can find out more on these issues on our sites earlier post regarding the issues.

You can also contact Rockstar Support or their Twitter page if you have any other problems, and keep updated on these issues.