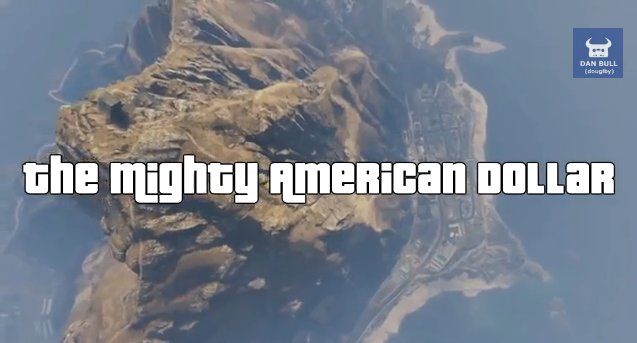 Rapping about video games will probably not bring you all the chicks in the world, but you’ll certainly earn some respect in a niche that other rappers probably fail to rule. And Dan Bull certainly manages to get all our respect with an epic GTA 5 rap song: The Mighty American Dollar.

Not only that he manages to masterfully tell the background stories of each of the main protagonists in the game, but he also comes with some sick rhymes and overall an extremely enjoyable rap song. Not to mention that his video editing skills are top notch, the result being an epic rap song about… Grand Theft Auto 5. And no matter what you say, it’s clearly a more real rap than the crap “rappers” like Nicki Minaj, Kanye West or Lil Wayne produce.

Check out the epic GTA 5 rap song below: