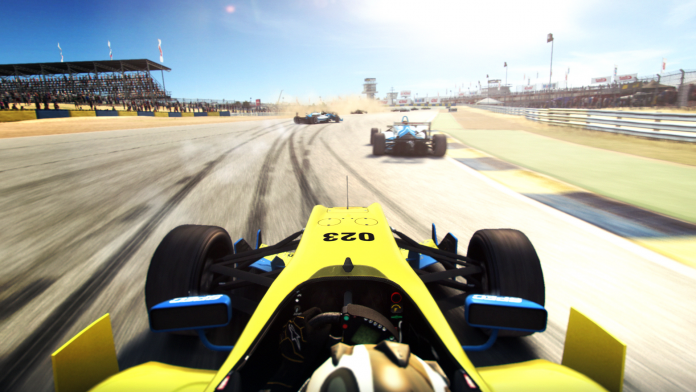 Codemasters have announced GRID Autosport, for PC, Xbox 360 and PlayStation 3 and have promised to make it more focused on the motorsport aspects of the series.

A blog post by Codemasters Community Manager Ben Walke says that Autosport, the third title in the GRID series, is being made in response to some of the negative comments made about the previous game, GRID 2. Codemasters have apparently taken on board these comments and are using them to bring the series back being a “more authentic racing game”.

One of the big things Codemasters wanted to deal with was the handling of the cars. The game will be “more towards (the full simulation) end of the spectrum than before” but without being full simulation as they wanted the game to be “authentic, not clinical”.

The game will encompass five different styles of racing: Touring Cars, Street Races, Endurance, Open-Wheel races and drifting races. There will be a total of 22 locations and over 100 routes to take, Codemasters claims that the game will feature more tracks than GRID and GRID 2 combined.

The career mode focuses on being part of a team as you race and complete sponsor demands across the five racing disciplines or focus on one or two particular ones. Autosport will also see the return of a teammate who will attack and defend their positions at your request.

The multiplayer for the game will be powered by RaceNet and will allow you and your friends to form your own Racing Club and race against other clubs, whilst new challenges will be given out weekly.

Another feature getting re-introduced to the game is cockpit view, as well as a dashboard camera view, which along with the new handling system has been brought back through community feedback.

What are your thoughts on the changes from GRID 2? Are you excited for this next game in the series? Take a look at the announcement trailer below: