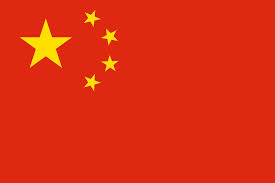 The Shanghai government have unveiled its rules that will allow foreign games to be sold in China.

This follows a ruling made at the beginning of the year lifting China’s 14 year ban on foreign games consoles being sold in the country, meaning the three major parties: Sony, Nintendo and Microsoft, could now capitalise on.

The rules laid out by the Shanghai government (translated by Games in Asia) mean that now foreign companies can sell their games in China as long as they work with a local partner.

Before being sold in China, games will have to pass an approval test by Shanghai’s culture department. The test will take no longer than 20 days to be completed, and contains a number of items which will not be allowed in games. Things that will be rejected from games include:

Games that fail the test will be given clear reasons as to why they were rejected. This means the chances of GTA V hitting China is very unlikely.

Additional DLC for games will also be faced with going through the same approval method as the main game itself before being accepted for sale.

What are your thoughts on these guidelines?