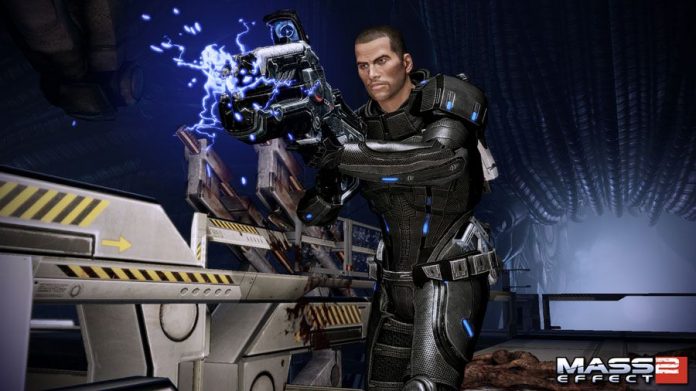 I have a few great ambitions in life. Marry my fiancée… graduate law school… achieve a stable 5Ghz overclock… but up at the top of the list is seeing dedicated writing staffs throughout the game industry. How great would it be if, in addition to the resident programmers and animators, each developing house had some “narrative designers”? Oh sure, Bioware, Bungie and a few others have a writing staff (and it shows), but in general writers in the industry are few and far between (and that also shows).

Is writing a requisite for a great game? Not even close. Is it as important as, say, programming and art design? Probably not. But I challenge anyone to deny that good writing, whether it comes in the form of complex story design, witty dialog, or simply loveable characters, always—mind you, always—takes a game to a whole new level of quality.

Case in point, allow me to mention a few games with amazing stories:

WHAT YOU (PROBABLY HAVE) PLAYED 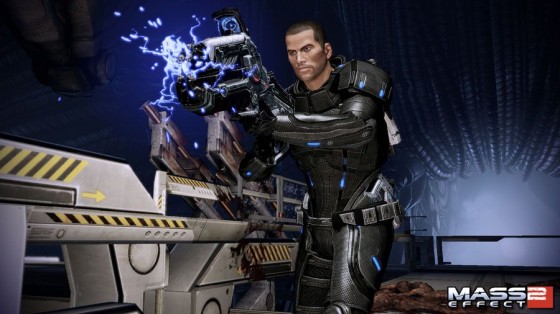 I’ve been playing this recently in the lead-up to ME3, and I was reminded again of how stunning this game is from the narrative standpoint. Oh sure, every other element is spot on, but what really carries it is the writing. Mass Effect 2’s characters are richly drawn, and while some are better than others, all are memorable in their own ways—I’m looking at you, Mordin Solus.

One aspect of Mass Effect, and here I speak about the series in general and not the second game, is the incredible fictional galaxy Bioware’s writing team cooked up. Have you spent any time at all perusing its Codex entries? Never you mind the aliens, who are awesome, pay attention to how well imagined the science behind the game is. Sure, “Mass Effect” the energy source is another word for “magic” but take a look at the codex entries that describe precisely how the player’s spacecraft’s stealth systems operate in space, or how interstellar communications actually function.

Then once you’ve done that, consider that someone was paid real money to write those codex entries up. That individual may well have the best job in history. Envy him. 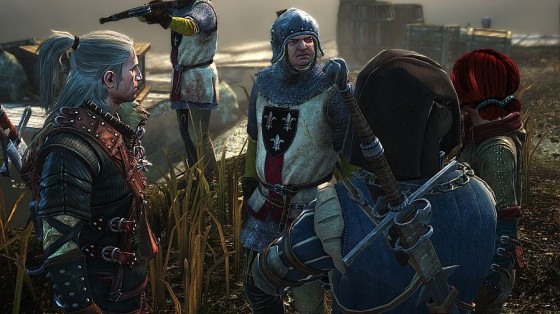 The Witcher started out as a Polish novel by Andrzej Sapkowski, and it remains one of the few instances of a book series successfully transitioning into the gaming medium. It was a game about choice, and the designers went to great lengths to make those choices meaningful. From start to finish the choices you made had profound narrative impact. It was not possible to simply reload and try out a different option because your choices often did not begin to show the true extent of their consequences until many tens of hours had passed. This was amazing in and of itself, but then Witcher 2 was released and… well… my God!

Witcher 2 is a game that, for all intents and purposes, is two games in one. When I first finished it I thought it seemed short, until I realized that I essentially had a whole different game to play when I replayed and made different decisions. That is phenomenal. As if that wasn’t enough the characters are splendid. I’ve genuinely grown to care about the two leads, Geralt and Triss, since I was introduced to them in the first game. Given the events of Assassins of Kings I absolutely can’t wait to see what happens next.

Why do I react so strongly to Witcher 2? It’s just so brilliantly written. Here’s a game that takes itself seriously, doesn’t hold back, and soars over the competition. And maybe it doesn’t hurt that I played it in its original Polish with English subtitles, and thereby circumvented all the ways shoddy voice acting can detract from a great experience—although I’m told the English VA is quality.

WHAT YOU (PROBABLY HAVEN’T) PLAYED 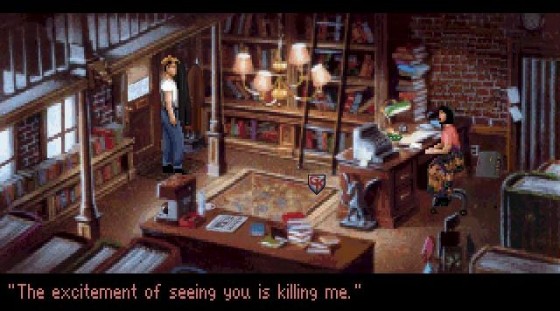 If you have any “schooling” at all about the history of PC gaming, you know this is one of the greats, and well worth talking about. Gabriel Knight is one of the outstanding few: narrative that does not age, even while the graphics do.

It’s a point & click adventure game from designer and novelist Jane Jensen, of the sort that has fallen out of fashion in the industry as of late. There are some significant flaws. The voice acting can be hit and miss. Don’t get me wrong, Tim Curry and Mark Hamill are great but their attempts at the “New Orleans accent” leave quite a lot to be desired. The story isn’t anything to write home about, but as I always say good storyline doesn’t necessarily make for a good story. What matters are the characters, and it’s here where Gabriel Knight shows its brilliance. The Gabriel Knight games are all about Gabe and Grace. He loves her. She loves him. And maybe one day they’ll stop hating each other long enough to notice.

Call me a softy, but I love that stuff. 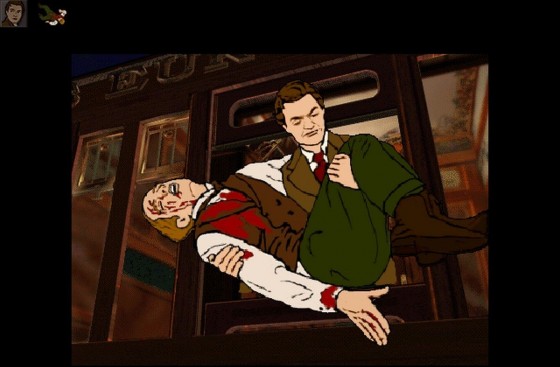 The Last Express begins on July 24, 1917 and ends on July 27—the day before World War 1 is set to begin. During the three days in between this little game succeeds wonderfully in capturing a portrait of European society at that moment in time. The player inhabits the real-life Orient Express passenger train running from Paris to Istanbul, and shares that space with a cross-section of Serbian guerillas, Austrian spies, German weapons dealers, and more. To top it off the game plays itself out in real time, albeit accelerated, and the player is allowed to fast forward and rewind. This feature isn’t just to pass the time; it’s a crucial element of gameplay. Every person on the Orient is busy living their lives and hatching their schemes in real time. Miss a crucial plot element, or a vital clue? No worries, just rewind the clock to 5 minutes before it happened and make sure you’re in the right place at the right time.

It’s impossible to talk about this game without mentioning the gorgeous “art nouveau” style art design, which was popular in the period the game is set in. It all contributes to creating an impeccable historically rich atmosphere, one which has stuck in my mind long after I first played it.