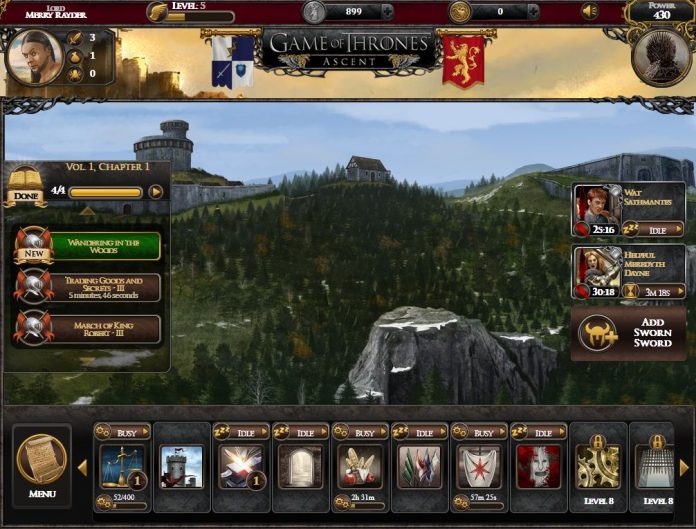 Creating a Facebook game based on Game of Thrones seems like an impossible task: mixing the casual audience of Facebook with the bloody and ruthless universe created by George R. R. Martin is never a good idea, as all the core games released in the past showed, by slowly fading into the unknown. However, Game of Thrones Ascent takes on the challenge and tries to prove us all that it is indeed possible to have a real Game of Thrones social title on Facebook.

The game starts extremely nice: you create your character and during the first few missions, you become a noble in the game’s universe, you choose some history facts about yourself and get to swear loyalty to one of the houses of the series, each with its different set of “skills” available to improve your gameplay. Then, slowly, you shape up your character based on the actions you take.

A lot of the gameplay is based on multiple choice questions: for example, your guards capture a thief and it’s up for you to decide what to do with him. Depending on your option, you will get some resources and game currency, but also change your alignment (there are three categories). Although this does not seem to have any influence at all at the moment, it adds some roleplaying value to Game of Thrones Ascent. However, I want my actions to have an effect, and hopefully this will be delivered in the future. 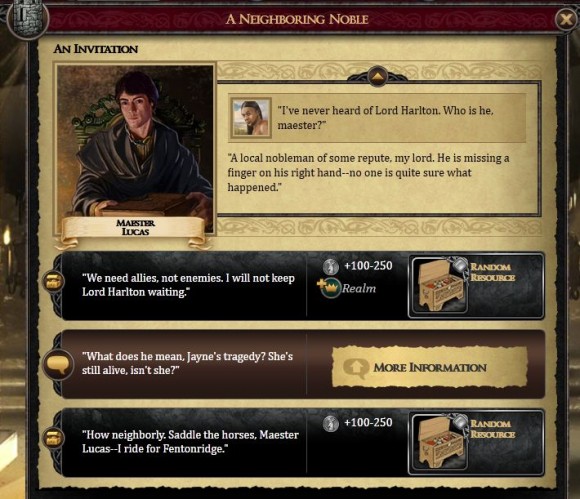 You will also have the option to send your Sworn Swords on missions and again there are some extra options that you can select here: each Sworn Sword has three different stats and therefore three different possible approaches to the missions. Although this adds some extra value in theory, in practice you will probably focus on improving one single skill as much as possible, rather than choose to be mediocre at all skills… but at least you have some extra options to play with and further shape your playing style to your liking.

Apart from these missions, you also have the option to build structures which, in turn, will produce all sorts of items for you, from resources to special boosts to use in battle. This building element of the game is not extremely complex and doesn’t try to take the focus away from the storytelling.

Because, after all, Game of Thrones Ascent is mostly a game about a story. The game’s developers managed here to capture the series’ style, but unfortunately everything is extremely linear and since your choices don’t influence directly (or at least they don’t appear to do it) the way the story goes, it soon gets pretty boring and useless to actually care about your choices. And this is a sad thing, because there is a lot of potential here and somehow I feel that in the future it will all be better.

But until then, Game of Thrones Ascent is not the game to turn me into an addict.