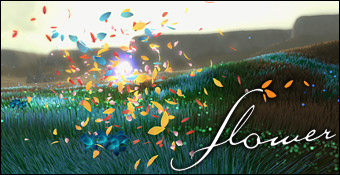 As teased earlier last month, developer ThatGameCompany’s PS3 digital hits Flower and flOw will be available on PlayStation 4. Flower will make its debut on launch day, November 15, while flOw will be released on November 29. Both games will also be released for the PS Vita on the same dates and will offer cross-buy functionality. This means players will be able to purchase any of the games once and play on any other available platform the games will be on free of charge.

Sony noted that Flower will run  in 1080p at 60fps on PS4, similar spec information was not provided for flOw.

Sony also revealed that for those who already purchased the games will able to download them for free on PS4 and Vita.