Let’s get this out of the way first: no, I don’t think that Mario Kart 8 needs to add some spiffy, new racially diverse humans to its roster solely to satisfy what basically no one was directly asking for and what seems to have been more of a way of communicating Nintendo’s outdated product than an actual plea for diversity in the first place. But, as a fan of post-first-generation characters like Waluigi and Princess Rosalina, I do think that Nintendo has a gift for inventing new and exciting avatars for their fans throughout the world. And, as long as we seem to be having the (incredibly irate) conversation anyways, now’s probably the time to discuss why, yeah, it could actually be a pretty solid move to introduce some fantastical go-karting buddies to the company’s roster that don’t look like quite so pasty.

I want to take a moment to discuss another property that had accusations of racism hurled blindly at it: HBO’s Girls. 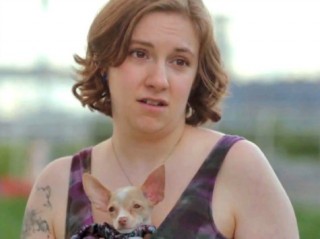 “Well, if the internet wasn’t angry before…”

The show, which chronicles the lives of four white, twenty-something girls living in New York, has been the subject of a variety of controversies and generally toxic statements since it first aired but none was quite so blatantly dumb as the idea that by having a central cast made up exclusively of white folks that the show was inherently a rhetoric for the supposed superiority of the melanin-deficient. As time went on, it became increasingly clear that the progenitors of this theory were not fans of the show but simply a group of like-minded detractors desperately grasping for whatever straws they could use to hopefully get the show cancelled.

There’s a discussion there, though, about the reason why Girls made the artistic choices that it did. As a literary drama, Girls is an exploration of gender, race, generation and all sorts of other complex and inevitably convoluted stuff that makes up personal identity and the expressions and conflicts thereof. Girls maybe not be racially diverse but it is about race, from a certain perspective, because the race of the characters informs their decisions — albeit, in an indirect manner. You might be able to handle the same general topics from a number of viewpoints (and I’d certainly love it if HBO as a network did just that) but you couldn’t do that here and retain the same flavor. It’s like the difference between sriracha and tabasco. They’re both spicy, sure, but in different ways. If you’re acknowledging that and then exploring that then you don’t need to represent both in the same dish.

The thing is, Nintendo isn’t telling stories like that. Mario, in particular, is just a series of disconnected parodies of the classic knight-errant tales. The ones which have been distilled in modern recollection as essentially being about noble heroes running fetch quests for damsels in distress and laying the smackdown on dragons along the way. Why is Mario a plumber? Because it’s funny to see the classic knight replaced with something more working-class. Why does Bowser team up with Mario on occasion and why does Princess Peach sometimes not need saving at all? Because it’s funny to see these roles played around with. Why go-karting? Because these characters are more flexible tropes that can be slotted in wherever necessary than truly defined, dramatic creations.

And that’s fine too, but then it slowly begins to beg the question: do they really all need to look so similar? If Mario’s skin color matters to him about as much as the relative bushiness of his mustache then why is it set in stone? If heroism isn’t a white quality then why does it look so white when displayed here? And again, I think it would be downright silly to accuse Nintendo of racism. But at this point, they’re potentially sending a message that they don’t want to be sending.

2. Nintendo is a Worldwide Company

Especially now, with the recent announcement that the company will be designing a series of consoles exclusively for emerging markets, it’s clear that Nintendo’s aims are very global in nature. And the world’s made up of a lot of different people with a lot of different looks and a lot of different experiences. If Nintendo hopes to cater to all of them, or at least most of them, it could do a lot worse than attempt to shake up its characters a little.

But let’s not pretend that this is as simple as or as painless as adding a few different faces to their increasingly crowded cast. While in the West audiences may place a premium on physical representation, this by itself is going to be less important in places that are less likely to have a mixing-pot culture. Look no further than Japan’s own crooked path of importing superheroes for proof of that. The road from Spider-Man to the Power Rangers is long and fascinating but I don’t have the time to cover it all here. 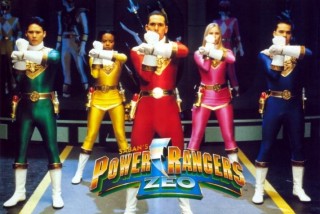 “Hint: there was quite a lot of morphin’ involved.”

Suffice to say that if Nintendo is splintering its efforts into a variety of very different and much smaller markets, each with their own interests and expectations, then it will either have to have the kind of line-up that translates well across all national and cultural boundaries (good luck) or it will have to find a way to juggle all of these demands if it hopes to be a juggernaut in Uzbekistan on the same level that it is in Japan.

3. Nintendo is Trying to Go Social

If Tomodachi Life is any indication, Miyamoto and company are in for a rocky future as far as adding social tools to to their games goes. When asking people to pay money to play as virtual versions of themselves, erring on the side of more options is always, in every circumstance, going to be for the best.

But even outside of games where you’re meant to create a stand-in for yourself, Nintendo is hoping that you’ll be the type of consumer that is so attached to at least one of their characters that you’ll want to take a snapshot of them from inside the game and post it for the world to see. And no, I’m not trying to say that, for example, black players simply won’t be able to connect to white characters. That would be ridiculous and just plain wrong-headed about human nature.

But you can’t necessarily predict what individual people will find appealing about a particular character. When I was a kid, I would always play as Luigi when given the chance because green was my favorite color (still top three, by the way). As an adult, I’ll usually play as Rosalina because, unlike the rest of the Mario cast, she has a more consistent backstory and I dig her look more than that of Peach or Daisy. But nobody ever sat down and designed either of them to appeal directly to me or people like me. Somebody at Nintendo just did something creative and I found my own reasons for liking it.

Diversity helps here because, if you want people to find that one character of yours that they really identify with or just want to explore further, then you need more choices and those choices have to be meaningful. Choosing between Bowser and Daisy is pretty meaningful. Mario and Luigi? Maybe a little less so.

4. Nostalgia Needs to be Refreshed

Eventually, the market that exists for New Super Mario Bros. VI: The Undiscovered Country is going to dry up. Because you can only milk nostalgia until the generation that responds to it either dies off or gets completely and finally bored and moves on. It’s time to start planting seeds now for the future thirty-year-olds who will want to relive their own childhoods later.

I’m not saying to reinvent the wheel here. After all, icons become icons for a reason. But icons can also fade (have you ever heard of Mr. Skygack? Yeah, exactly.) so it’s not wise to rest on your laurels either. What determines how long a property lasts is how well its basic principles can be adapted and re-molded to not only survive but continue to be fresh and exciting in successive iterations. The more predictable a franchise is, the more easily worn-out its joys can become.

And one way to keep the spirit of a thing alive is to lower its cultural barrier to entry. Young people are increasingly growing accustomed to the idea that humanity is a broad collection of individual quirks and backgrounds such that the character select screen for the next Mario Kart won’t so much look potentially offensive as… just kind of weird? Like something is off and they might not be able to place what it is but it could be enough to put them off the whole thing. Audiences are fickle, remember. Heck, I’ve seen people give up on entire mediums of expression because they’re not consistently being delivered the exact experience that they want down to the very last detail.

In the game of keeping people happy, practically every path leads to failure. So I have a lot of sympathy for Nintendo’s position here but I can also see that they’re having a more difficult time keeping on their feet than they ever have before. And that’s definitely the best time to try something new. Which, really, shouldn’t be much of an issue for them. After all…

It’s one of their best features! And while they may not have knocked them all out of the park, their batting average is still pretty danged high. So why the resistance from fans and the seeming trepidation from the company itself on this one issue? Are we really so suspicious of Nintendo’s ability to do this kind of thing right?

Heck, even Disney has been doing pretty solid with representation recently and I’m still not entirely convinced that their creative staff aren’t secretly the result of a Vault-Tec testing program.

So, come on, what’s the worst that could happen? 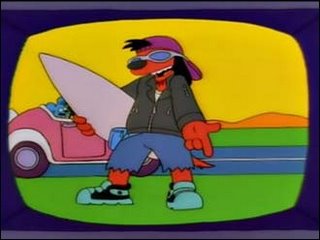