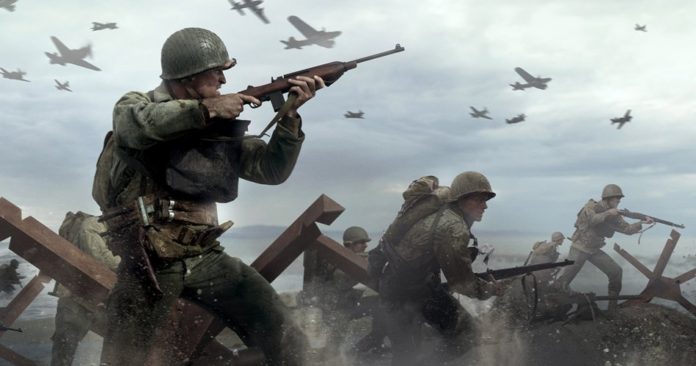 November 3rd has been marked on the calendars of Call of Duty enthusiasts around the globe for months now, as they got ready to celebrate the release of the next installment in the series (probably by hours-long non-stop playing). Call of Duty: WWII has been awaited with much anticipation as it takes one of the most popular first-person shooter games in the history of video games back to its roots, in the setting of World War II – but also features some new and exciting elements like loot boxes.

Supply Drops Get Upgraded in COD: WWII
Call of Duty is an immensely popular franchise: last year parent company Activision reported that, since the game launched in 2003, it has sold over 250 million copies worldwide and yielded more than $15 billion in total sales, which includes content purchased in-game. As the series evolved with different titles launched, the developers started adding more and more elements – some of them crucial to the gameplay and some more on the fun side of things. Enter: loot crates or Supply Drops as they are known in COD, which form part of such in-game content.

Many other games out there feature loot boxes (they are also a wider part of the gaming culture) and although they are not specifically original to COD: WWII – they were already included in Call of Duty: Advanced Warfare that was released in 2014 – this time around they feel much more integrated to the multiplayer game and they come with new aspects. The central idea behind the new revisited supply drops is that they are a social experience: you get to open your box in front of other players, who not only get to see what you get, but they are encouraged to do so, too.

New Loot Crate Unboxing in Public Feels More Social
The new installment contains a new 48-player social space called Headquarters, where you get to hang out with others on what looks a beach in Normandy, a couple of days after D-Day. The ability to open loot crates in public was not announced beforehand (so it did not feature on any previews) and it seems this little pleasant surprise got everyone talking about it. You can just choose a spot and order a loot box to drop and open in front of you for everyone to see; in fact, you can increase your social score by watching other people unbox loot crates – there is even a special “Loot Spectator” mission, where you get to see three other people open a supply drop and get one yourself.

With these added features, opening loot crates and discovering what cards you got feels much more like a celebration – both for the player opening the crate and for people gathering around to watch. Add that to the random choice of the 3 cards included in the box, and the whole process gets you excited in the same sense like hitting a jackpot.

Even the mechanics look a lot like those of a slot machine: the 3 cards are arranged in a vertical line that resembles a payline and they turn one at a time, like slot symbols landing. The people gathering around you to watch kind of resemble that buzz you get at casinos where eager spectators observe as you try your luck – especially since you are an agent at war, it kind of brings to memory a James Bond vibe as he tries his luck at poker. Of course, you are dressed in much heavier gear than the classic Bond suit, but you get the gist.

You Can Earn Loot Boxes by Watching Other Unbox
The feature is useful both for spectators, who get to see what cards could be included in their loot boxes and for the person opening the supply drop, as they feel good about themselves and the goodies they get. As these are in-game purchased content, to prevent criticism about unfair advantages, Sledgehammer Games have wisely designed them to contain almost exclusively cosmetics like soldier apparel, gun skins, and callsigns – although you might get the odd XP multiplier once in a while. This move enhances the feeling of loot crates being just a fun element in the game, much like a game of luck where you could occasionally hit a big reward.

In the zombie mode, loot crates may also contain consumable powerups but, since that is not a competitive mode, it doesn’t feel particularly disruptive than the usual tricks included in most video games. But to allay every concern, you be happy to learn that there are still several ways to earn a supply drop without paying: these include random rewards, completing contracts and challenges against the clock, and watching other players unbox their goodies – which kind of rewards that social buzz and collective excitement about the random gifts dropping from the sky, so it is a nice element.

All in all, it seems that the increased presence of loot boxes in the COD series ties in nicely with the rest of the social aspects of multiplayer mode; hanging out at HQ and opening a crate in public is a convenient way to spread information and enthusiasm that has a familiar feel to it.