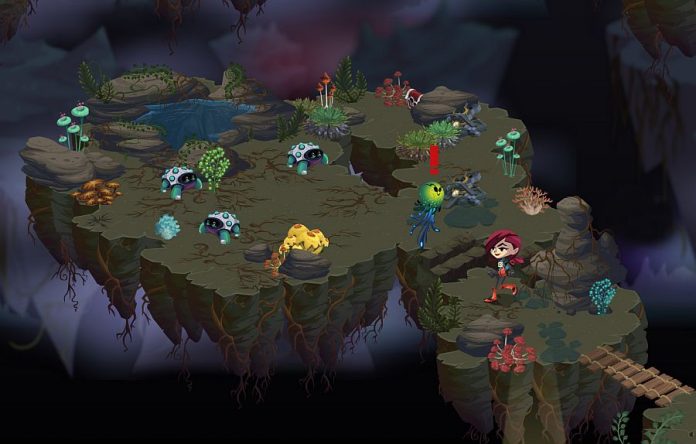 Electronic Arts seem to be eager to try out the new social gaming genre – possibly because Zynga made more money than they did last year and probably encouraged by the success of The Sims Social. Now they are expanding their social games inventory with Outernauts, a brand new IP created by Insomniac Games.

The game is described as an adventure role-playing game that casts players as members of United Earth’s elite Outernaut force. The Outernauts are charged with capturing and training exotic alien beasts as they uncover the riddle behind mysterious “ancients” while battling pirates and evil corporations seeking to control the galaxy. Players will explore planets, harvest loot, and fight asynchronously alongside or against friends to master a wild, untamed universe.

Actually, if you have played Zynga’s Adventure World, you’ll know most about the Outernauts game since the mechanics, the feel and even the looks are similar. And it would be truly hilarious to actually see somebody copy a game from Zynga who were accused often of “borrowing” game ideas from other publishers.

Personally, I don’t see Outernauts as a future Facebook hit, but time will tell if I was right or wrong. Of course, after the actual release of the game which should take place sometime this summer.