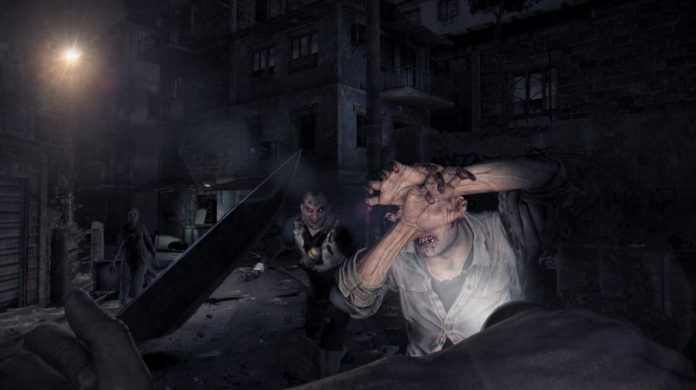 Techland are releasing another, yes another, zombie game, but with a twist, and what looks to be a good one at that. Their latest game in development, Dying Light, is an open-world action horror where not only are the undead your enemies, but your fellow players are, as well.

The company, who is famous for making the Dead Island franchise, have released a two-minute CGI trailer for their upcoming blockbuster. The clip shows a protagonist running through the overrun world, leaping like a parkour god from building to building, being chased by hordes of the living dead towards medical supplies dropped by an aircraft.

Just as our hero is about to reach the much-needed goodies, another player smacks him on the head from behind. It’s a zombie eat, zombie world out there. Much like Dead Island, Dying Light is set in first-person mode. But added on are some new and interesting features. During the day zombies are tamer and easier to run from as you search for supplies, by night they turn into fast, flesh-hungry living human hunters.

The movement seems much more like Mirror’s Edge than Dead Island. The game looks to be set in a third-world or newly-created country with rows of shanty towns with wooden and metal huts. Side quests randomly spawn as you explore, from saving mothers from their sons to daughters from their zombie dads, which makes it more interesting to say the least.

With all this to take in, you haven’t heard the best bit yet. Your character’s a zombie… You read that right, he’s on his way to becoming ‘one of them’ which means you have a spidey-sense type ability, but for undead instead of danger.

It also has the usual features you’d expect from Techland, with fast-paced action combat, weapon crafting with thousands of options and hundreds of different types of zombies including the newly-turned. Here is a trailer to check out the upcoming game:

Dying Light will be coming to next-gen consoles, including the PS4 and Xbox One, sometime in 2014. We cannot wait!