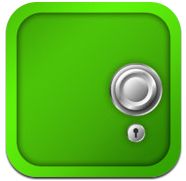 Wow! We’ve waited for sooo long for the popular Dooors game to get new levels that we were starting to forget that the game ever existed, but here it is, back from the dead, with 15 brand new puzzles for us to complete. We’re talking about Dooors Level 61 to level 75 released recently and I am here to share with you a walkthrough to each and every new room in the game.

So let’s not waste any time and let’s check out the Dooors Level 61 – level 75 walkthrough below!

Dooors Level 62 walkthrough
This is a skills challenge: tap the buttons as fast as possible to turn them yellow, and when all are yellow, tap the door to open it.

Dooors Level 63 walkthrough
Select the hammer from the inventory and use it on the palm tree until a shovel falls. Use the shovel on the dirt to the left and you will see a key. Move the left plant away so you can reveal a key hole. Use the key with it to open the door.

Dooors Level 64 walkthrough
Remove the red ball first by tilting your phone downwards. Then use the hammer on the marked tiles on the ground (as marked on the wall) and tap the door to open it.

Dooors Level 65 walkthrough
Shoot the targets until an image with colors appears. Now you have to tap the colors in the right order, from the outside to the inside (red, blue, yellow, blue, green, red, yellow)

Dooors Level 66 walkthrough
Use the shovel on the dirt to remove it. Now you have to find the correct symbols to open the door (they are the symbols on a phone’s keyboard, so to the left we have * and to the right #)

Dooors Level 67 walkthrough
First count how many red and blue stripes are on the top of the door (5 and 2). So move the red dot 5 times and the blue one 2 times. A big ball drops and you have to move it left and right by tilting the phone until the dots above the door turn green.

Dooors Level 68 walkthrough
Take that white thing on the ground. Tap the square that rises with your hammer until you see a key. Get it and use it with the door to exit.

Dooors Level 69 walkthrough
When the red dot goes through the vertical lines at the top of the door, you need to shake your phone. Do this 5 times to open the door.

Dooors Level 71 walkthrough
You need to tap the buttons so that they show the motorcycles from the slowest to the fastest. So tap the squares until they are, from left to right blue, black, white, red.

Dooors Level 72 walkthrough
Quickly tap the white tiles on the floor until the bar is entirely purple, then open the door.

Dooors Level 73 walkthrough
Use the thing that now looks like a rocket head in your inventory with the rocket, then use the match on it. Now tap the squares to the left and right of the door so that the buttons look like the square with lines above the door.

Dooors Level 74 walkthrough
There are three different lines starting from the red square next to the door, each going to a different switch. Now tap the first, 3rd and 5th button to open the door. Now tilt the phone to a side to remove the rock and you can exit.

Dooors Level 75 walkthrough
Remove the small orange box to the left to reveal a button – tap it. Now use the gun to shoot the tower block from the base up (Green, Red, Blue, Yellow, Purple) and tap the door. Slide up the next door to reveal some planks blocking the way. Use the hammer on them and you can exit.

And this is it! You have completed the new set of Dooors levels and you are ready for the next update. Hopefully it won’t be 4 more months until it’s released, because this is a really solid game we’re talking about here!