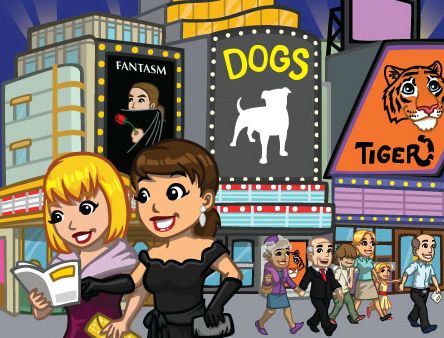 You should do your best to bring the Dogs musical to the virtual streets of CityVille, and in order to do that, you will have to build a Broadway Theater in your city and complete the three new missions that come alongside it. I am here to share with you the details about the building itself as well as the missions, so let’s get it started!

And we’ll begin by checking out how to complete the Best of Broadway missions in CityVille!

Now getting back to the Broadway Theater itself, we will need to build it with items that we get from our neighbors. These are the requirements:

And this is just the beginning, because there are more stages of building the Broadway Theater in CityVille. For the second stage you need to cast actors, for the 3rd stage you need Rehearsal points and finally, you will be ready for the grand opening!

So good luck completing the Broadway Theater and Best of Broadway missions in the game!