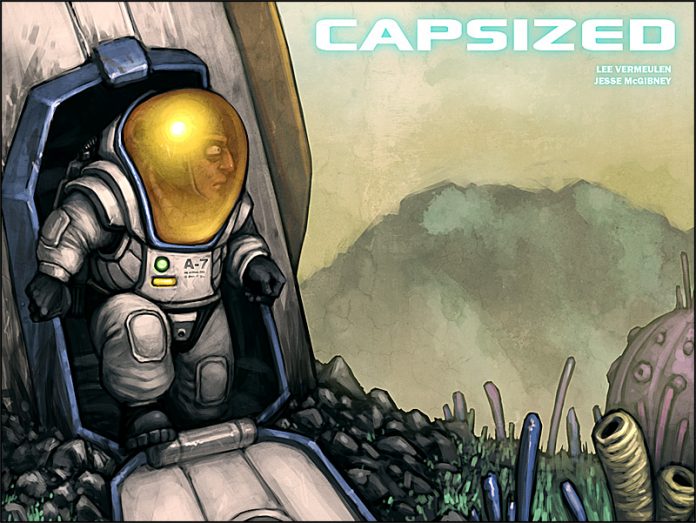 IndiePub Entertainment Inc. has released Capsized+, a feverishly action-packed survival shooter, for iPad. Originally only available for PC or through Onlive, now any iPad user can experience this critically lauded title for just $2.99 on the App Store.

In Capsized+, you play as a space explorer marooned on a strange planet. Your goal is to explore your new environment while navigating treacherous pitfalls and surviving bloodthirsty alien attacks. Luckily you have a range of weapons, a jet-pack, grappling hook, and powerups to help you on your way. During the non-linear quest, you must find and save your crewmates, then somehow escape in one piece.

The campaign mode of Capsized+ contains thirteen levels that indiePub boasts nets the payer approximately 20 hours of intense gameplay. The environments have a visually impressive hand-drawn graphics style and are lush and varied, so that players won’t quickly get tired of seeing the same things over and over again. The game also comes with three arcade challenge modes. “Survival Mode” puts the player against wave after wave of enemies, “Last Gasp” is a race to obtain as much oxygen as possible before suffocating, and “Armless” tests the players’ survival skills by stripping them of weapons.

Capsized+ is available now through the App Store for $2.99.