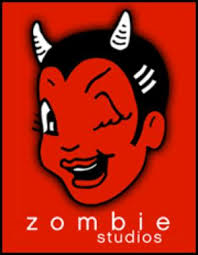 Zombie Studios, known for its work on Blacklight: Retribution and Spec Ops, is closing down after almost 21 years.

Launched in 1994, the Seattle-based studio announced its closure in a post on its official website. It reads:

“The owners of Zombie Studios are retiring and wish to thank you, our fans, for years of support you have provided us. It has been awesome working with all the various technology over the years, both hardware and software, growing with the industry and out fans, and producing fun games and technology of our own. We also wish to thank our employees, both present and past. Your dedication and passion to gaming is what Zombie was all about.”

In a statement on Facebook, Builder Box said: “What does this mean for you the fan? While ownership of the game has changed, the people behind the scenes who have been constantly contributing to the Blacklight universe for the last four years remains intact. Builder Box will be working with Perfect World so that, as a fan, you can look forward to more updates and exciting changes in the coming year.

“Thank you for all the support that you have given Zombie and Blacklight over the years, and we look forward to your ongoing support as we transition to Builder Box.”