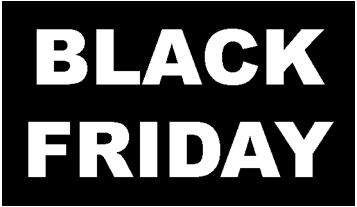 First off let me just wish everyone a Happy Thanksgiving! After the gleeful joy of family, friends and food, many will be anxious for something creeping around the corner.

Tomorrow is a day that has been highlighted and circled on calendars around the world. The war paint has been applied, the shoulder pads fitted and running shoes laced in preparation of what’s to come: Black Friday!

Just writing those words sends an electric pulse of excitement through my veins. Preparation is the name of the game; it is the heart of the hunt for the highly competitive combatants to find the best deal possible. Keeping with tradition, I have done some digging myself for those that are scratching some last minute items on their lists (you’re welcome, folks).

The following are highlights of some incredible sales that gamers are recommended to take advantage of:

Titles You May Have Passed Up: $10 (Featured)

As far as Wal-Mart goes, these were the best deals I unearthed that were more than worth a black eye and chipped tooth. Good news though, folks. This is just Part One. Check out Part Two for more deals on video games and consoles. We’re just getting started.