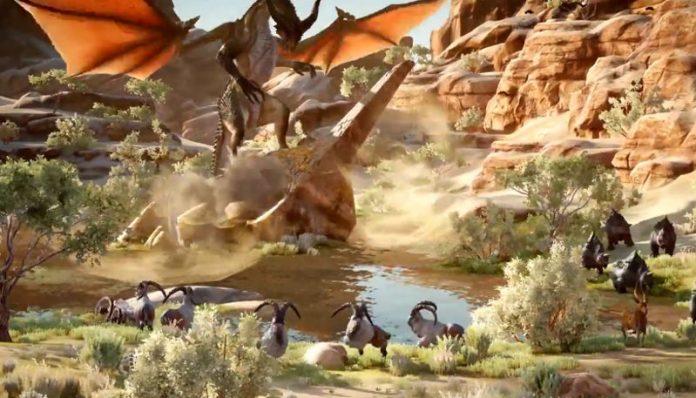 A new dev video by Bioware has been released, giving an insight into what the new “open world” of Dragon Age: Inquisition will look and feel like.

Much more of the continent of Thedas will be explorable in the new title, and with this comes new locations beyond those featured in Dragon Age: Origins and 2.

The developers mentioned noted that  jungles, wastelands, forests and mountain tops will all be explorable in Dragon Age: Inquisition. The goal with the open world system is to create a sense of discovery, with “every little rock, every little bush” boasting something new.

The developers also went into a little more detail about the titular Inquisition, the organisation that the player controls.

The developers also outlined a new “agent” system. Players will now be able to dispatch their agents to deal with events, without actually sending in their primary protagonist. Bioware did not go into detail about what the agent missions would entail.