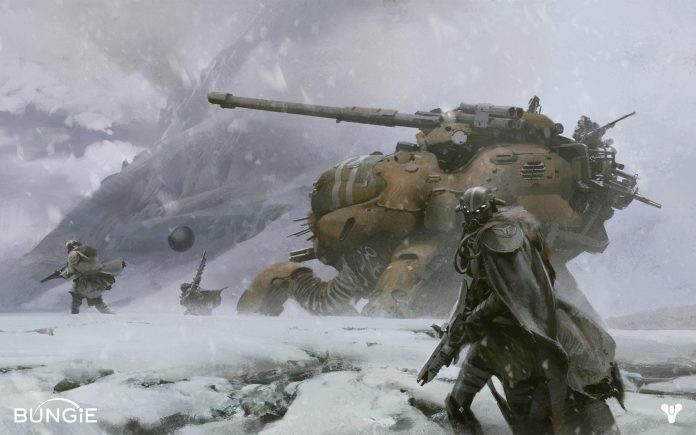 As many are undoubtedly aware, Destiny is set for release in September has entered into its beta stages not long ago. The beta in question was a prize to people as incentive for preordering their game, and is commonplace among companies looking to secure early sales. More recently it was seen with Wolfenstein: The New Order and its beta access to Doom multiplayer at a later date, or every MMO released in the past 10 years, and all the way to the Borderlands: Game of the Year offering beta access for Duke Nukem Forever, which in hindsight looked horribly cynical on Gearbox’s part. If anything, just about any company offering beta access as a reason to purchase their game reeks of being cynical, with Steam establishing an entire market for such incentives with the Early Access program.

If a game is truly good, people will buy it regardless, or wait for its completion regardless. Beta access as a means to move games off of shelves is incredibly lazy, yet people continue buying the games and act annoyed or betrayed when the game is indeed not polished or finished in any way. What follows is especially impatient individuals getting unreasonably angry about the beta access not being the game they dreamed off while waiting for it a year or two ago while getting the idea of Early Access and Beta Testing confused entirely. The entire point of Beta Access is for the developers to test the game they’re about to release onto the public, which is absolutely fine as it ensures the product is ready for the strains of everyday play from a technical and gameplay standpoint. Charging money for people in order to be involved in the Beta Access is terrible, as it also brings along unnecessary expectations alongside the preorder.

Who would want to pay money for the opportunity to play an unfinished title, anyway? The only thing promised is an uncompleted game that ultimately acts as a demo of things to come. Why not wait until the game is completely fresh and finished and not risk the potential of burning out on the game only days after buying it. It’s certainly not the first time and it won’t be the last, as beta access for a preorder is the typical fare for retail outlets such as Gamestop, which in turn is seen as guaranteed money for the purchase of the game, regardless of how much of a wreck the beta access or early access was. Beta Tests and Early Access typically act as a way for developers to get early purchases before game reviewers or word of mouth spreads and dictates whether or not the game is any good, much like how movies are more often not being screened for critics and instead being shoved out into the public’s eye to ensure seats are filled for at least a few nights.

If a game must have an open beta, then offer it for free by application rather than charging for it. If people are indeed that crazy for a game that they must partake in the late bugtesting of a typically small section of said game, then allow others to fill out a quick form on the title’s website and go from there. Having people pay for what typically amounts to a stress test of a demo is gross, and with the rise of digital marketplaces, preorders are somewhat of a relic as well, as a game completely selling out happens so rarely, if at all. All that’s happening is the continuation of a antiquated means to get purchases that was originally driven to ensure others that their copy of the game isn’t sold out, and unless games somehow sell out from being downloaded too much, which doesn’t even make sense and will never happen, then there should be no reason to preorder a game, especially for a buggy demo.