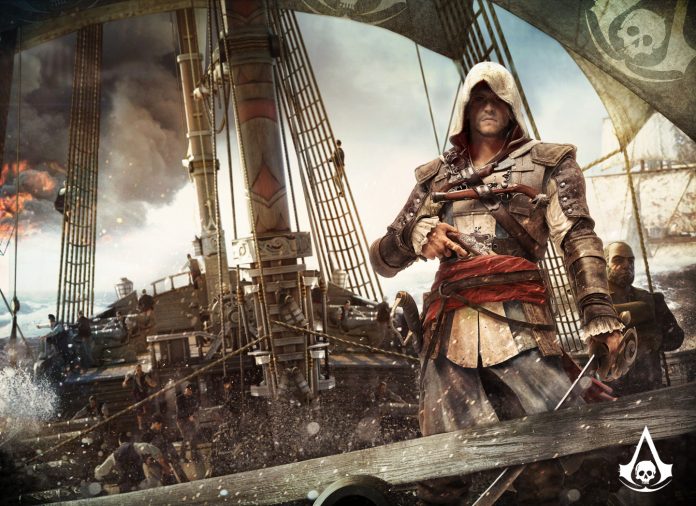 The protagonist of Assassin’s Creed IV Black Flag is Edward Kenway, an ancestor of Desmond Miles. This ambitious man always wanted to become something more than just a simple peasant and eventually decided to journey into the unknown and become a pirate. Edward used to be in the British Navy but the promise of treasure, gold, fame and glory made him leave everything behind, including his wife, Caroline. The evolution of this character is notable during the whole plot. Being a pirate and a captain is just the beginning of a long journey – after entrusting the Observatory to the Assassins, Edward becomes a member of the Creed.

The Rise of a True Sailor

As every Assassin Creed’s member, Edward is very skilled in battle. But his sailing skills are probably as good as his ability to kill. In fact, I’m not sure which skill is the most substantial. However, judging by the game’s format, I would say that sailing is definitely his strong, since most of the campaign is set on sea. Yes, sailing. 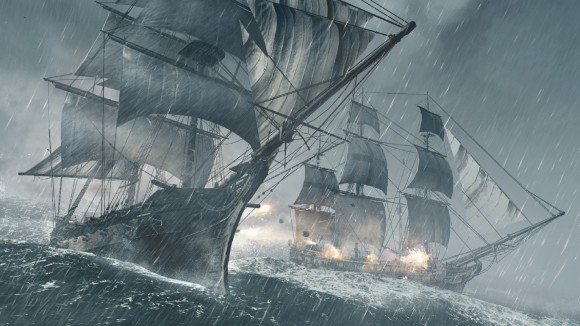 While commanding the Jackdaw, Edward has to execute innumerous tasks and most of them are clearly not related to piracy. Avoiding small islands and other possible obstacles is one of the most prevailing challenges in the aquatic environment. Tricking giant waves and escaping tornados is also part of sailing. Even in combat mode, most of the ship movement actions, such as dodging enemy fire, are nothing more than sailing tactics. Now, being a pirate has barely anything to do with taming the seas, it’s about robbing or committing illegal violence at sea or on the shores of the sea. Edward does have the chance to plunder other ships but let’s be honest – he spends way more time trying to survive this hostile environment than fighting enemy ships.

The Sea Is a Pirate’s Best Friend…

Unfortunately, in Black Flag the sea is not exactly the best friend of a pirate. While in solid ground, the Jackdaw can’t be attacked and sea enemies are certainly not a threat. On the other hand, traveling by sea in Central America is extremely dangerous for a pirate, there are enemy ships everywhere and if Edward has recently plundered a ship, he’ll most likely meet a pirate hunter ship. As if this wasn’t enough, certain regions are open battlefields, where Spanish and British ships fight each other endlessly; evading lost cannon shots can become a challenge sometimes. Passing near certain towns is also quite dangerous for pirates since they’ve got prodigious defenses and shoot on sight when pirates approach. I guess this tremendously hostile environment has been created mostly to provide a higher gameplay difficulty. Nonetheless, it empowers my opinion regarding Black Flag. Assassin’s Creed has become the Sailor’s Creed, where assassination has been set into second plan. Sailing is the most important skill in game and it’s crucial to progress in most of the missions. 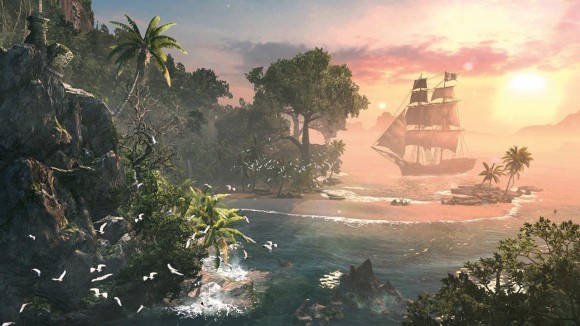 A New Concept of Stealth

With Black Flag, aquatic stealth has become a possibility. I guess most of the suspense and rogue tactics from the previous games have been transferred to the seas of Central America in the fourth game of Assassin’s Creed. In a game mostly set on sea, it’s natural to encounter new and innovative features such as aquatic stealth. Besides Edward’s ability to swim quietly under water, the Jackdaw can perform stealth activities as well. Each enemy ship has a radar range, staying out of those same ranges will grant Edward and the Jackdaw a free pass. It’s nothing too complicated but it requires sailing skills, once again. 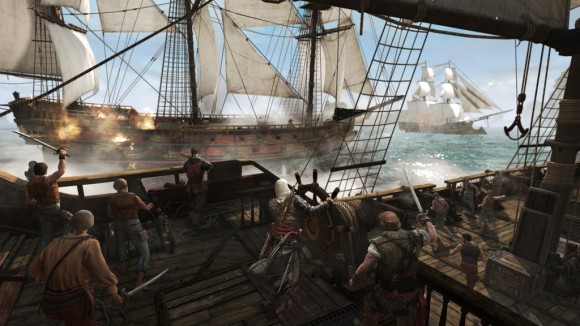 I’m not quite sure about Ubisoft’s intentions with the radical transformation of this game series. I suppose they wanted to create something new and fascinating, however I think they went a bit too far with the pirate thing. The Assassin’s Creed has always been about an assassin’s organization and its skillful members able to perform all kinds of brutal acts, including murdering and massacres. Black Flag focus on the sea and the “assassination” of ships, even if the background concept is the same, in reality it’s certainly different. The best way to describe this fourth game can be done by replacing just one word: Sailor’s Creed – travel the seas, explore the world, conquer endless fortune, survive Mother Nature and take part in ferocious ship battles. Everything else is merely a diversion, a complement to the core content, which involves the sea, sailing and piracy.