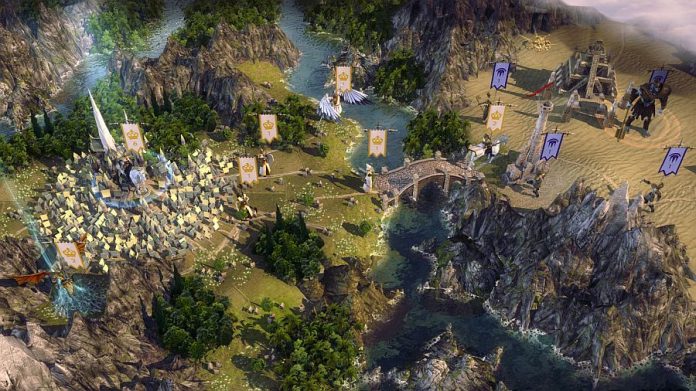 Exciting news for fans of the Strategy/RPG mix! Age of Wonders 3, a re-imagination of the popular game series that I personally considered long gone, is scheduled for release this year, sometime during the fall 2013 and it promises to bring back the clash of kings, queens and dark lords for the spoils of an ancient paradise.

Coming with an all new 3D graphical engine and unique RPG-inspired classes and specializations, Age of Wonders 3 will offer us the chance to create and experiment with our own strategies and Triumph, the game’s developers, promise that they won’t get stuck with “RPG cliches” (and they seem to be right, as one possibility you have is to create a heavenly goblin empire, with cute little goblin angels fighting for your side!)

Here is the ton of key game features announced for Age of Wonders 3:

– Explore, expand and exploit a living fantasy world. Discover wondrous locations and gather legendary heroes.
– Develop your domain, with many classes having the ability to change terrain and climates to suit your needs.
– All new 3D graphics that provide a crisper and more detailed overview of the world and battle maps.
– New styles of play are possible with the introduction of RPG style leader classes like warlord, theocrat, rogue and sorcerer, along with a wide selection of specializations.
– Command a variety of races. Pick your starting race and shape your people’s destiny using your leader’s unique skills.
– A brand-new tactical battle system renders each battlefield and siege in great detail; new rules include flanking and a massive set of special unit abilities.
– An epic story campaign with two playable factions; Choose the mighty Commonwealth Empire or join the Court of the High Elves, founded after the reunion of the Dark Elves and Wood Elves.
– Compete online in extensive multiplayer modes and scenarios.
– High replay value through random maps, difficulty modes and tools allowing user created content.

Really exciting, I must admit, and I am even more surprised to hear that this game is coming in Fall 2013. I can’t wait to find out more about it!