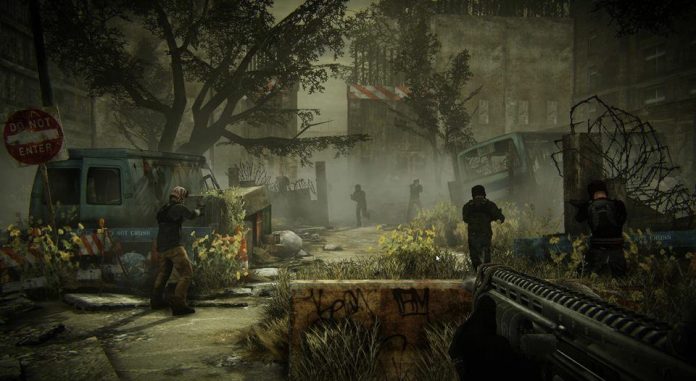 The multiplayer survival genre has been picking up interest of late with the on-going success of the ARMA2: Day-Z mod. Now there is a new game that will hopefully be added to the fold called “Nether”. I should make it known right away to all Minecraft fans that this title has nothing to do with Mojang’s masterpiece. The game is being developed by Phosphor studio (Creators of IOS game Dark Meadow) and is being billed as a “persistent online world where players are left to live their own stories, create alliances and secure safe houses to survive”. Sounds a bit like Day-Z right? Wrong! A key directional change is that Nether is moving away from the whole zombie-esque theme and trying to forge its own path whilst remaining in a post-apocalyptic setting.

So if not zombies then what will we be fighting?  In a PC Gamer article it is described thus… “Nether are mutated creatures that hunt mostly by sound. If they catch your trail, though, the meandering beasts become aggressive, terrible foes. Teleporting around the map, they circle behind you with unnatural screams, disappearing and reappearing as you try to shoot them” Ok… so forget what I said about having nothing in common with Minecraft…

Similarities to other games aside I am excited to see this direction for a survival MMO. Nether is primarily First person, Urban Landscape, with a non-zombie foe. And from what I have seen from game footage and reports, they are shooting for that same eerie atmospheric world where so much of the mood is driven by the sounds of the environment around you.  Perhaps the biggest difference from Day-Z is the fact that the creatures here are truly formidable and not so easily duped. Everyone who has played Day-Z knows that infected aren’t the threat, its other players.  This game should include that dynamic but also encourage players to work together in order to survive a much more menacing foe.

This game could end up being a very welcome addition to the MMOSurvival genre. Day-Z is held in such high regard but it has its problems and is still not a complete game. Having more titles like Nether can only help to refine the genre and give gamers the most authentic buttock clenching survival experiences that they crave.

You can sign up for the Beta on the website right now and I would encourage anyone who finds the genre interesting to do so.