Come April 30, fans of the original Zeno Clash game will have another title to whet their appetite in the form of Zeno Clash II.

Developed by the same ACE Team behind the first title and published by ATLUS, Zeno Clash II is intended to build the first person brawler combat of the 2009 game. With more precise blocks and punches, the developers of the title are hopeful that the combat will be more satisfying and high impact. Players will use this combat to beat their way through the world of Zenozoik in a story-line that follows on almost directly after the first game. 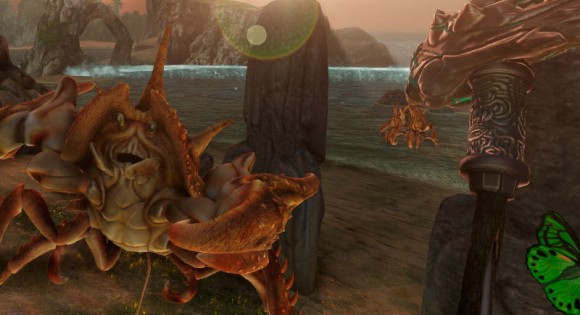 The game can currently be pre-ordered on Steam for $19.99, featuring a handful of preorder bonuses. If you just want to get your hands on Zeno Clash II, there’s a 10% discount in place until the game comes out. Pre-ordering the game also nets you a copy of the first Zeno Clash, which can be gifted to a friend if you already own the title. Alternatively, you can opt to buy a two pack for 30 dollars, giving you and a friend copies of both Zeno Clash games. This bundle is intended to emphasise the co-op mode of the game.

For the hardcore Zeno Clash fans, the option also exists to buy the Zeno Clash II Special Edition for $27. Along with a free copy of the first Zeno Clash, this pack comes with a digital art book detailing the making of the game’s world. The edition also comes with the soundtrack of the game.