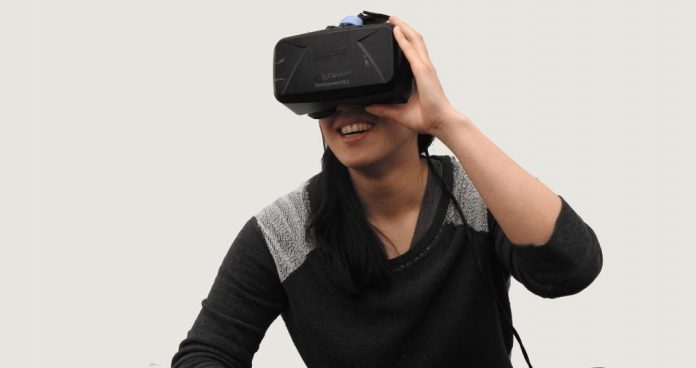 Virtual reality has come a long way in the last decade, and it has especially made leaps and bounds in terms of taking games to the next level. This technology has moved from being a rudimentary element, which offered little realism to the players, into one that offers wholesome gaming experience.

Are Online Slots Getting Stale?

Slot machines have witnessed tremendous growth ever since being adopted by the online casinos. They have come a long way from the brick and mortar casinos in terms of gameplay and visuals. Yet, the last couple of years have seen the online slots segment become stagnant in terms of new ideas.

For example, the Eye of Horus is a slot that uses an ancient Egypt theme. It uses a five reel and 10 paylines set up, which is quite common. The game manages to provide plenty of bonus features that make it possible to achieve high returns. The official RTP figures are at 96.3%. Yet, there is a greater possibility of the game being lost in the middle of several thousand slot titles. Making sure that the game is available at virtual reality casinos brings a new attraction to the plate.

The growth in any technology becomes obsolete when it is not available to the masses. Virtual reality started out as an immensely expensive proposition, but the last five years has witnessed a sea change in this regard. A Kickstarter funded campaign resulted in the availability of Oculus Rift, which finally made it possible for the masses to access virtual will reality without having to spend bucket loads. Oculus Rift has made a tremendous change in the industry, as more developers are keen to profit from the presence of an inexpensive VR headset. They are keen to tap a segment that is growing at a furious pace.

Even though it is possible to get slots of different themes and paylines, the proliferation in the industry has led to each theme and payline categories having multiple options with little room to offer something new.

The industry has even gone down the route of providing live casino games with the real dealer and high-definition broadcast. While this has grown significantly in the last couple of years, constant invention is necessary in a highly competitive environment like the online casino industry. So far, the live dealer games happen to be one of the best inventions for the industry in recent times. This could all change with a growing number of VR online slots.

Many online casino developers have started seeing innovative ways to use the VR technology to enhance the online slots even more. After all, the welcome bonus packages can only attract so many players. Bringing something new to the plate is expected to kick start a revolution, which will bring in new players to the segment. Today, the Oculus Rift headset retails at around $350. The massive drop in prices of the VR headsets compared to when the technology was just entering into the picture means that it is starting to become a common gadget.

The biggest revolution that took place in the online gambling/casino industry is the advent of online casinos, as it enabled the gambling industry to break the barriers and reach more number of people. The United Kingdom is one of the biggest markets, and it witnessed exponential growth in 2014 and 2015 with more online casinos around. Yet, the 2-D world provided by the online casinos may soon run out of steam.

One of the first reasons behind the growth of online casinos was to provide an alternative for those who were unable to visit the brick and mortar casino. While the availability aspect has increased tremendously, the real-life experience of visiting a casino is no longer available for most. Entering into the world of virtual reality will help online casinos bridge the gap. The live dealer games would become even more enjoyable, but the biggest benefactor could be the slots.

Slots happen to be the most popular section at an online casino, and the addition of VR enabled slots will increase the footfall from millennials, who have not taken to online casino gaming as their previous generation. It would also help bring back some of the players who have become disillusioned with the sheer number of slot titles that seem to offer the same thing over and over again. Admittedly, the cost of the VR headset plays a major role, but an equally amount of importance rests within the developers.

Players are unlikely to stick with a VR slot game just for the sake of getting real-life experience. After all, winning money is what matters in a slot game. A significant change is expected only if developers come in with top games like Eye of Horus made for the VR world rather than titles that exist for the namesake. Yet, there is little doubt that the market today has a great need for VR slots.