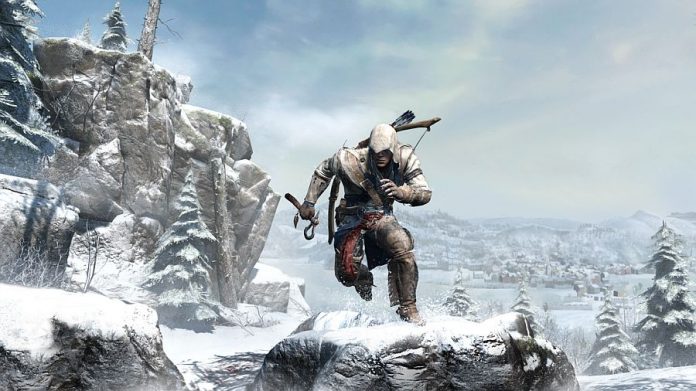 I like the Assassin’s Creed series. I really do. Yes, I know that the game is a bit of a cakewalk and that the “stealth” sections nearly always degenerate into a bit of a brawl, but I still enjoyed my time with Ezio and (to a lesser extent) Altair.

Yet, when I played Revelations over the Christmas period, I couldn’t help but think that Assassin’s Creed had become a bit stale. Although it was great to see a conclusion to Ezio’s story and see his character develop, I felt that choosing to base three titles on gaming’s second favourite Italian proved to be a bit of a double-edged sword.

While I accept that Revelations was a technically great game, for me it was way too familiar. As a result, I kind of struggled to finish it (and unsurprisingly… I skipped all of the Desmond sections).

But Assassin’s Creed 3 has promised to make changes. And being the first numbered game in the series since 2009, fans and critics alike are expecting Ubisoft to deliver a truly fantastic experience.

Ok, so in many ways Assassin’s Creed 3 is your typical Assassin’s Creed game. For instance, Desmond is going to be in it (for better or worse), there will still be an abundance of eagles, our assassin (Connor) will be pulled into the assassin’s order and a grander destiny (much to his surprise), a brotherhood will be formed, your hidden blade will be sharpened, and haystacks will break your fall again and again.

But Assassin’s Creed 3 promises to be its own game, as Ubisoft has made several aesthetic and gameplay changes. Instead of cityscapes, Connor will be seen effortlessly gliding between trees and silently stalking his prey (whether it has two legs or four) from the forest floor. There are even sequences where Connor is forced to square off against a pack of wolves and a bear. That’s right… a bloody bear!

Ubisoft has seemingly gone to great lengths to recreate the American frontier, and as a result your ever-changing natural surrounding can be quite stunning. The fog, rain, and snow seen during the game are not just superficial, as they influence you mobility and the way you must approach your target. For example, waist-deep snow will seriously affect your ability to move quickly and silently on the ground. 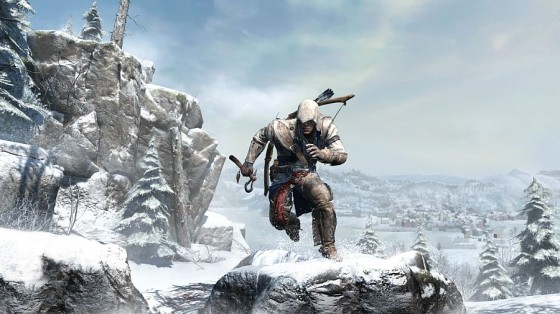 The frontier is also the largest area seen in an Assassin’s Creed game, as it is 1.5 times the size of Rome from Brotherhood. Throw in the cities of New York and Boston, and Connor has a rather large playground to explore! You get an idea of the scale of the place in this gameplay video

Instead, we have naval warfare to look forward to! Yes, it turns out that Connor is also a dab-hand at commanding a band of rowdy revolutionaries and a sea-worthy vessel. I’ve got to be honest though, in spite of the great looking scenery and dynamic weather effects, I’m not entirely sold by the addition of naval warfare.

Sure, watching Connor unload a barrage of cannonballs on a helpless British ship was pretty cool, but I can’t help thinking that these sections will be simply a distraction. Although the roaring thunder and high seas made the battle look dramatic, the ponderous pace of naval combat does not excite me.

But on the plus-side, the dual-handed combat with a tomahawk, along with the bow and arrow, looks absolutely awesome. And these reasons alone are enough for me to be looking forward to the 30th October!

Do you like the look of Assassin’s Creed 3? Are you going to be picking it up on release? Let me know your thoughts below…