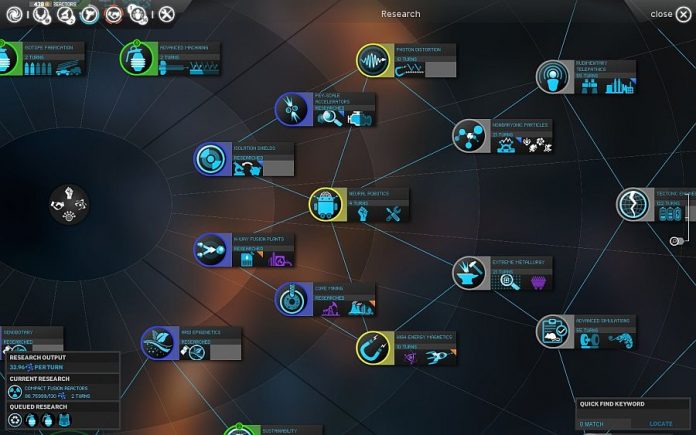 Endless Space is a game that may scare off a large portion of its potential audience due to the learning curve involved in playing title, however, it has an incredible payoff: ‘fun’.

For those of you who struggled to pronounce the last word of the previous sentence, let me enlighten you on its definition, pronunciation and associated connotations:

‘Fun’ (ˈfən ) is one of those words that brings a certain flare when stated in and out of context. The term can almost be mistaken for a long-winded attempt to appeal to a large, unsuspecting, group of gullible teenagers at a party… Wait a sec…. isn’t that what it already is? Sad and true. The word fun has become associated with a large number of titles that do not deserve the moniker to any respect. How often do you get a group of friends together and play Ubisoft’s Petz expecting the same level of satisfaction associated with the ads that the developer would have you believe? The silence I heard is answer enough.

It is a sad shame to admit but the fact that Endless Space rewards its most fervent supporters with the little trinket identified in the previous paragraph is the sole reason I have made the decision to continue playing it. It would be so easy to access another title from my Steam library and forget why I find so much enjoyment in engaging in turn-based strategy games but, as a consequence, I would not have the opportunity to jump head first into a captivating title which appeals to me on both an intellectual and psychological level. Intellectual through its emphasis on strategy and the like; psychological in the manner that it delivers that three-letter word straight to the pleasure-seeking part of my brain as soon as I decide to hop into a multiplayer match.

Furthermore, I must admit that when I wrote a review for this title around the time of its release I had found the multiplayer aspect of the game rather limiting – specifically the limited number of players that were present at the time – however, as the title has gained speed as of recent, I have come to enjoy the game more and more. It really is one of those titles that you can come back to at  a later date and enjoy even more because you may have learned a trick or two while browsing the web or simply from doing the wrong thing so many times prior. In this way, Endless Space really grows on you (much like a flesh-eating fungus… no really I think I need to visit my doctor…) and becomes an experience that is ever-changing based on your sense of strategy and the like; further enveloping you into the different factions and races that pique your interest while still allowing for you to learn from a thriving community of gamers who, much like yourself, just want to have fun.

It is in this manner that Endless Space becomes a bit more than a turn-based strategy game and evolves into a beast that you may have trouble ridding from your life.